Abraham Christie and Ella Draper have pretty much exhausted their welcome with their former UK co-conspirators. It’s all just a bit much, facing arrest, police cautions, trials, and even prison time, for two people who can’t even be arsed to come home and face the music.

However, of late Abe and Ella have been tapping into the larger and seemingly more lucrative U.S. conspiritainment market, which conveniently enough, caters to those who suffer from a combination of paranoia, ignorance, repressed sexual sadism, and hyper-religiosity. Clearly the perfect audience for what Abe and Ella are selling.

Previous ventures—such as Ella’s ill-fated interviews with professional chin-wobbler Nathan Stolpman, in which she admitted she’d made up some of what she’d forced her children to say on camera—have not always gone to their satisfaction, and so we wonder how they will feel about the latest American who’s trying to co-opt their story for his own gain.

Thomas Dunn, who has recently released a spate of videos in which he not only displays his stunning ignorance of the facts of the Hampstead SRA hoax, but adds his own bizarre religious overlay, is a case in point.

We’re sure his spewing of delusional videos is just fine and dandy with Abe and Ella, who have no problem with people exploiting RD’s children for YouTube hits.

However, Dunn has gone several steps further, applying that good old American entrepreneurial spirit to create something which he calls the “Legendary Campaign”.

Campaign for what? He doesn’t say.

But never mind. Visitors to his “Legendary Store” can fork over big bucks to acquire their choice of Hampstead paraphernalia, guaranteed to make them feel as though they are doing something to combat child sexual abuse: 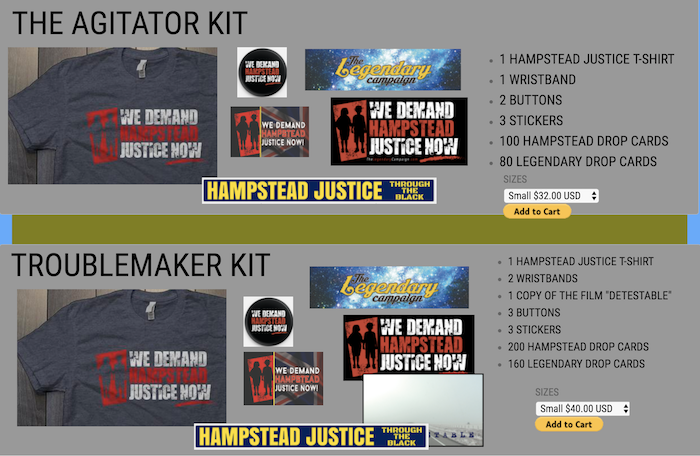 Yes, folks, it’s “Agent Provocateur Cosplay Time” at the OK Corral! You, too, can pretend you care by splashing out for this top-of-the-line “Hampstead Justice” kit. Batman cape and mask not included.

Leaving aside what sort of “justice”, exactly, a group of lunatic-fringe Americans can hope to agitate for across the Atlantic, even if they manage to dress up as crime-fighting super-agents, we have a few questions for Dunn.

Tell you what, Tom: we at Hoaxtead Research are also interested in “Justice for Hampstead”, and we’ve decided to take you up on your “Join us or die!” challenge, and join you in your campaign. 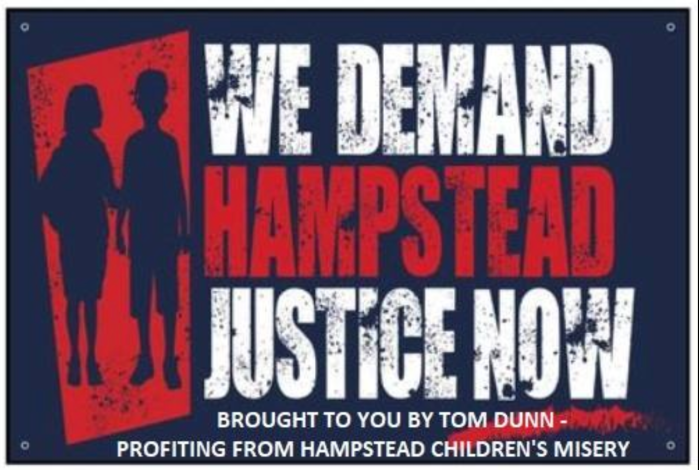