1. I’ve heard the videos those children made. They sounded so genuine, they gave so many details, I can’t believe they were lying.

We are absolutely not accusing the children of lying, in the sense of making things up on their own for malicious purposes. We are saying that Abraham Christie, with Ella Draper’s approval, bullied, tormented, and coached the children into saying things that were not true.

In fact, part of what gives the hoax away is the amount of detail the children offer. In Why Didn’t They Tell Us? On Sexual Abuse in Child Pornography, by Swedish researchers Carl Göran Svedin and Christina Back, the authors describe a detailed case study of 23 children who were identified through police investigation, and/or abuser-perpetrator confession, as victims of sexual abuse. Their abuse was verified, as it had been recorded by their abusers in photos & videos seized by police.

The study found that children who have been through real sexual abuse will generally only volunteer information which the interviewer already knows about:

To sum up, one can say that of the interviewed children, only two of them began to talk spontaneously, and there were five others who eventually gave a fairly complete account without being shown the pictures or the investigator saying that he/she knew what had happened (from the seized material). Five children denied that anything had occurred”. …

All the children’s accounts were fragmentary, and the children showed great difficulty in talking about their contact with the suspected perpetrator. …

They often said that they did not remember what had happened; we do not know whether this meant that they did not have any memory of the incidents or if it was too difficult to put it into words. Nevertheless, it became apparent that what the children least “wanted to remember”, were the most unpleasant or abusive activities, and these were probably the most shameful and guilt-ridden.

By contrast, RD’s children were animated, excited, and eager to describe what had allegedly happened to them:

The children both describe killing and eating babies, drinking blood, being anally penetrated and being injected with drugs. They provide details of all the people who have been involved – all the teachers, parents of children at the school, social services. [from P and Q (Children: Care Proceedings: Fact Finding) [2015] EWFC 26 (19 March 2015)]

Those who claim to “believe the children” will say that they show no shame or guilt because they have become so acclimatised to this abuse that it seems “normal” to them. However, in the Swedish study, some of the victims were mere infants when their abuse started; as they grew older, they learned from sources such as television that what they were suffering was not, in fact, normal. At this point, they began to feel very guilty and ashamed of what was happening to them.

None of the children who were actually abused were willing to volunteer any extraneous or embellishing information to their interviewers. As an experienced family court judge, Mrs Justice Pauffley would no doubt have been aware that the descriptions offered by RD’s children, which were devoid of negative emotional affect but full of exciting detail, were completely unbelievable.

2. Is it true that Ella has now retracted part of her story? And if so, what does this mean?

Those who’ve watched all the videos which Abe and Ella had the children make en route to the UK from Morocco, as well as the audio recording made by Abe’s brother-in-law, Jean Clement Yaohirou, and the leaked police ABE interviews, may remember that the Abe and the children mention several times that their elder brother, his father, and his step-mother were “in the cult”. The children alleged that their brother participated in sexually abusing them.

However, in May 2017, during an interview with Nathan Stolpman on YouTube, Ella retracted this part of the story: she claimed that she’d been “under duress” when she’d included her ex-husband and his family in her list of the accused. We’ve speculated that she might have made this retraction in order to regain access to the spousal support payments her ex-husband had been making. We based this speculation on the fact that Abe and Ella have been abroad for more than two years, her support payments were stopped about a year ago, and all the attempts Abe has made to set up crowdfunding pages have been thwarted.

This is extremely important, as it casts doubt (if any were needed) on the rest of the allegations the children made.

3. How do the tattoo allegations actually help to disprove the hoax?

Ella claims that both her ex-husband, Mr Draper, and the father of her two youngest children, RD, were “in the cult”. In fact, the children have described RD as being the “boss” of the cult, and Ella has claimed that Mr Draper is the “cult financier”.

The children and Ella described the cult as multi-generational and lifelong: membership is passed down in families. The children also stated that all of the cult members (except themselves) had “monster” or “devil” tattoos on their genital areas. As life-long cult members, then, both of Ella’s partners, with whom she’d borne three children, would have had large, distinct, and unusual tattoos in a very unusual place.

And yet Ella, who had children with both RD and Mr Draper, noticed absolutely nothing unusual about either man.

This means one of two things:

We have repeatedly asked Abraham and Ella to explain this. Their answers only make it clearer that the “cult” was a manufactured story:

Ella tried to claim that she’d made a mistake when she included Mr Draper in her initial list of cult members.

However, as we mention above, this only goes to further demonstrate that the children’s allegations were made under duress, and were untrue.

Abraham tried to claim that RD got his tattoo in Los Angeles after he left Ella. However, this means that when the children said that RD was the “boss” of the cult, and when they claimed that the cult was multi-generational, they were not telling the truth.

4. Why do the children never reveal any details of what the cult believes in?

One of the key elements of the children’s videos—those made en route from Morocco to London, the one made at Jean-Clement Yaohirou’s house, the ones made by Finn Hagan, and the police ABE videos—is that while the children talk about people “doing sex” to them, they say absolutely nothing about the beliefs or rituals of the alleged cult itself. They do mention “dancing with skulls”, but when pressed for further detail, they simply say, “Just…dancing”.

The children state that they don’t know the cult’s name:

Police: Then you said there’s a bit where your Dad put the brown coloured willy, plastic willy …
Child Q: No but my Dad, my Dad doesn’t have a brown one.
Police: No? What one?
Child Q: He’s the, he’s the boss of the whole religion, the whole culture, he’s the like, the boss.
Police: And what’s this religion called?
Child Q: It’s not called nothing.

If the cult were real, it would be highly improbable that its members, even the youngest ones, would not know its name. As a reader pointed out, “These are supposed to be the cult leader’s kids, no doubt being groomed to succeed him…. Yet, the cult has apparently never revealed to these children what they call themselves. In their whole lives, no cult member has even used their name for the group in front of them”. This is not how real cults work. They must have a name, even if it’s only “The Group” or “The Order” or something equally banal.

Nor do the children ever mention which deity this no-name cult worships.

They don’t know any of the rituals the no-name, no-deity cult follows.

They don’t know any of the prayers, incantations, or songs the no-ritual, no-name, no-deity cult sings or chants.

Neither do they know what its core beliefs are, what its prayers or incantations are, what songs they sing, what dances or other actions they perform (other than, you know, sex).

Anyone who attended church, synagogue, or the like as a child will likely be able to tell you at least part of their denomination’s canon of beliefs.

In Christianity, that would include Christ’s birth, life, teachings, death, and resurrection, along with some of the recited creeds, the Lord’s Prayer, and so forth. In Judaism, every child of even moderately observant parents will know how to recite the “Shema Yisrael”, as well as the various Hebrew blessings—over bread, over wine, over the Sabbath candles, the Hanukkah blessings, etc.

We don’t consider it extraordinary for a seven- or eight-year-old child to know these things—they simply absorb them via weekly (or even less) attendance at a house of worship. Yet RD’s children are unable to describe any of these things. All they talk about are the things they have been coached to talk about: the sex, the plastic willies, the killing of babies, the drinking of blood. They don’t know why any of these things are supposed to happen; they can only say what they’ve been told to say.

This complete lack of knowledge of the cult they have supposedly belonged to since birth is yet another indication that the entire story is a hoax.

5. Wasn’t Ella forced to release the videos after the police covered up the hoax?

In fact, it seems that Ella and Abe began actively pushing high-profile truthers Brian Gerrish and Bill Maloney to look at the hoax and help them publicise it while the actual police investigation was still ongoing. This, plus Ella’s own statement that this case was never intended to be seen by the CPS (Crown Prosecution Service), indicates that the goal of training the children to recite details of a “paedophile death cult” on camera was not to present to the police as evidence. Instead, it was intended to have been shown to people like Gerrish and Maloney, both friends of Belinday, who might have helped Abe and Ella promote the hoax.

Abe and Ella’s own words make it very clear: this was not a case of “the police covered something up and we had to put the videos and allegations out there to prevent a grave miscarriage of justice”. It was a case of “we have a great product that we will sell to the highest bidder, let’s talk terms and conditions”. 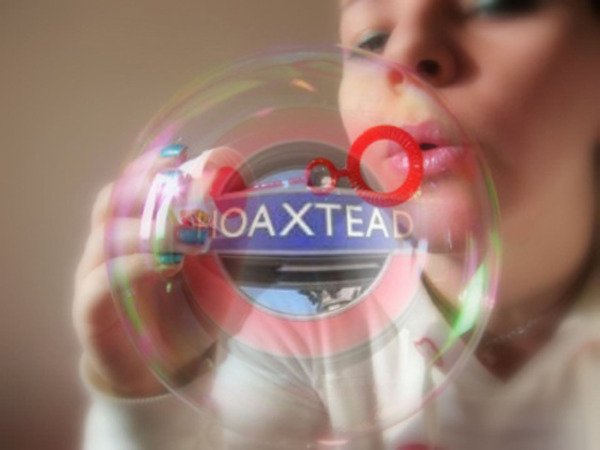