Over the past few days, we have devoted considerable time and attention to a rather ordinary (if louder and more poorly groomed than most) American evangelical Christian from Ohio, named Thomas Dunn.

Dunn, who styles himself a “filmmaker”, first came to our attention thanks to Angela Power-Disney nearly three years ago, and we’d probably have written him off as just another conspirevangelist if he had not decided to mount a campaign to sell Hampstead-themed CSA merchandise, backed up by an aggressive series of shouty, bulgy-eyed YouTube videos.

In the above video, YouTuber “White Coat Man” points out that in addition to his various threats and fist-shaking episodes, Dunn states that he is considering coming to the UK. More recently, he has encouraged his followers to go to Christ Church in Hampstead to “find out what’s happening”; and he has urged them to phone members of the church. Clearly, Dunn believes that he has the moral authority to lead yet another charge against Hampstead.

It’s probably no coincidence that Angela has been all over the comments sections of Dunn’s YouTube broadcasts like a bad rash.

Nor is it coincidental, in our opinion, that Dunn has been spouting the Hampstead hoax as told by Angie: “There was never a police investigation; anybody who speaks out about the hoax has been arrested, harassed, or run out of London; videos about the hoax cannot be viewed in the UK; all the trolls are RD”…most readers here will know the drill.

All of which is to say that while Dunn may be a nonentity on his own account, Angela has been acting as his coach and puppet-master, which makes him a matter of passing interest to some who follow this blog.

‘On turning midgets into giants’

We’ve noted, however, that not everyone agrees with our choice to report on, or challenge, Dunn’s inane ramblings. In particular, James Hind, who has long supported us in our quest to expose the Hampstead hoax promoters, posted about his disapproval yesterday:

In a series of boring and vapid videos Dunn not only failed to offer any strategy of supporting the Hampstead Hoax, other than invites to buy his merchandise, he had no or weak connections to the existing promoters of the Hoax, and was ignorant even of the basics of what the Hoaxters were claiming happened in Hampstead.  All I saw was a bullshitter who was largely ignorant about the Hoax, had no strategy, following or offered any viable threat to anyone.

There is no justification that the well-oiled campaigning machine of Hoaxtead to jump onto Thomas Dunn to give him so much attention, turning a midget into a giant. It might be claimed that Dunn poses a threat to the children of Hampstead, but Hoaxtead has  created the threat where there was none at all to start with.

We accept that this may very well be a valid observation: we may have given Dunn’s online presence a boost in the past several days.

When we first saw Dunn’s early 2016 interview with Angela, we assumed, correctly, that he was just another rabid nutter with delusions of grandeur. More recently, he’s become increasingly manic in his blathering, and he’s probably received some undue attention as a result of our coverage.

Then again, Dunn is far from the first minor player who’s received more than a fair share of publicity from us: people like Dawn Moses (“Tiny Magical Creatures”), Catriona Selvester, Malcolm Ogilvy, and others have made vanishingly small contributions to perpetuating the Hampstead hoax. However, their harassment and attempts to bully us have brought them to our attention and kept them in the limelight.

A danger of publicising such people will always be that in doing so, we offer them a stage upon which to do their hateful little dances—for example, if we didn’t look at Cat’s or Malkie’s blogs, would anybody at all notice them? They get zero comments, and as we’ve mentioned before, they receive so few page views that they don’t even register on traffic measurement sites.

What, then, to do about this inadvertent boosting of the boring, the inane, or the obscure? Arguably, it might be preferable to simply ignore them and focus on bigger fish.

We’ve also been building a decent repertoire of “explainer” posts, in which we discuss the history of belief in SRA in the UK, look at some of the people and institutions that have contributed to satanic panics past and present, and talk about the links between conspiracism and moral panics, for example.

The fact that we have time and energy to spend on hoaxers of lesser significance actually speaks to the fact that slowly but surely, the Hampstead hoax is winding down. Yes, the biggest fish, Abraham and Ella, remain at large; Wesley has fled abroad; and charges are pending against Angela but are by no means certain.

However, Sabine’s trial is due to begin next month, and should be settled, one way or another, by Christmas. Jake has been found guilty of harassment and will be sentenced next week. Neelu has just been asked to attend an interview with Ilford police about a suspected breach of her restraining order. All of this seems to point to a kind of winding up of the legal side of the hoax.

We are in the end game now, and it may be time for us to start thinking about what we will do once the Hampstead SRA hoax has moved into the annals of history. 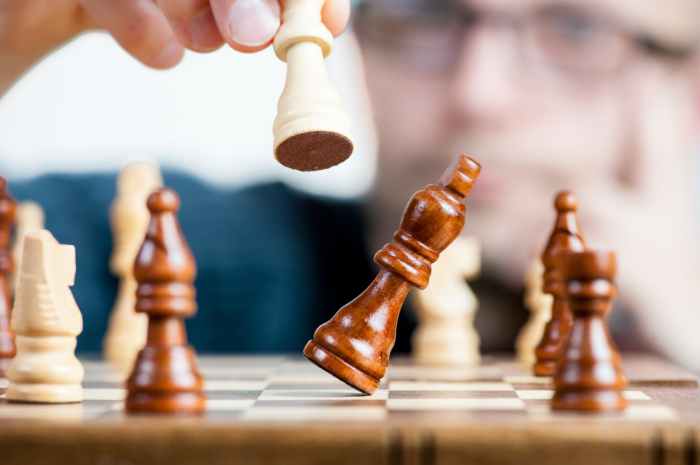 Photo by Pixabay on Pexels.com

79 thoughts on “Are we giving undue attention to nonentities?”