False allegations of sexual abuse: the rise of the fine line

How the daycare child abuse hysteria of the 1980s became a witch hunt – Washington Post, July 2015

The Justice Gap: Know Your Rights

Bangladeshi blogger: ‘They want the atheists to be silenced’ – BBC, Aug 2015

If Only I Had Told – by Ether W 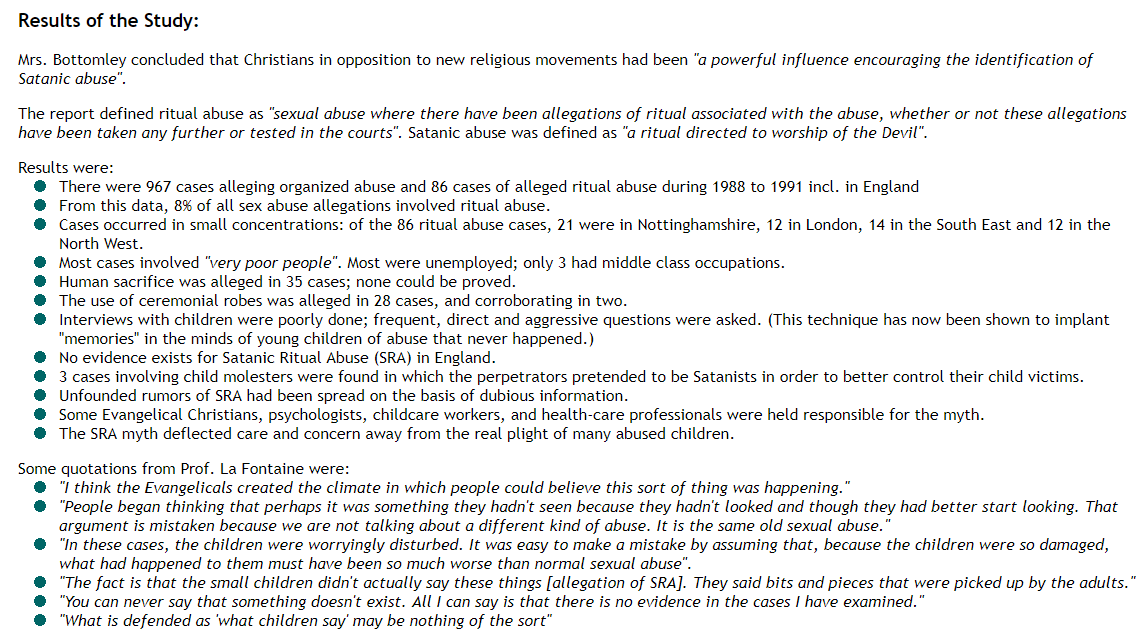 Religious Tolerance on the Newcastle case

Religious Tolerance on the Nottingham case

Religious Tolerance on the Rochdale case

Apolitical Disbelief vs Michael Salter’s ‘Politics of Disbelief’ – Dysgenics, May 2013

The Hard Facts about Satanic Ritual Abuse – Answers in Action, 1992 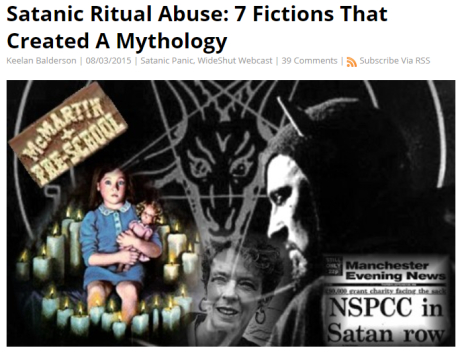 SAFF on the Carole Feldstead case

We welcome comments! House rules: no threats, no doxing, no naming protected witnesses, and stay civil to one another. Cancel reply

This site uses Akismet to reduce spam. Learn how your comment data is processed.