The Crown Prosecution Service (CPS) yesterday announced that the person known only as ‘Nick’, whose allegations against various prominent figures set off the disastrous Operation Midland, has now been charged with 12 counts of perverting the course of justice, as well as one count of fraud.

Operation Midland, which began in late 2014, was based solely upon Nick’s allegations of sexual abuse and murder against several high-profile individuals.

Following the collapse of the investigation, in November 2016 an independent inquiry conducted by retired High Court judge Sir Richard Henriques found that the Metropolitan Police had made numerous errors, including a senior officer announcing that Nick’s allegations were “credible and true”.

According to yesterday’s report in The Times,

The CPS said that the police investigation provided evidence that Nick, 50, who has children, made a number of false allegations alleging multiple homicides and sexual abuse said to have been carried out in the 1970s and 1980s.

He is accused of making false claims of three child homicides and blaming one on Mr Proctor. He allegedly falsely claimed he was sexually abused by a paedophile ring including politicians, a television presenter and other unidentified men.

He is accused of providing a list of locations where he said he was abused, as well as sketches to back up the allegations, and went to the sites with investigators.

We fully expect that now that these charges have been laid, those who have enthusiastically promoted the Hampstead hoax since it went public in early 2015 will take the opportunity to dredge up the spectre of SRA, which many of them attempted to push during and after the Operation Midland investigation.

In November 2015, Richard Bartholomew of the Barth’s Notes blog  pointed out that SAFF, the Sub-culture Alternatives Freedom Foundation, had made an impressively documented case for a connection between those who promote the SRA narrative and the so-called “VIP investigations” such as Operations Yewtree, Midland, Fairbank, and others:

Among other things, the author draws attention to the fact that the original head of Operation Yewtree, Commander Peter Spindler, previously sent 30 Metropolitan Police officers on a course on how to spot evidence of SRA.

There’s also an odd detail from a document produced by RAINS which lists a number of Satanic abuse “suspects” from an accuser known as “Helen G.” This person alleged that the comedian Jimmy Tarbuck was “seen at Beaulieu at Summer Solstice”, where “Cult Festival Ceremonies” supposedly took place. Tarbuck, of course, was arrested in April 2013 as part of Operation Yewtree, with one initial accuser rising to six after the arrest was announced.

The matter was subsequently dropped (after the best part of a year) – not just due to “insufficient evidence”, but because of counter-evidence that showed he had been the victim of false accusations.  Perhaps a coincidence, but it seems reasonable to speculate about whether certain names have been passed around by “anti-SRA” enthusiasts for years and are now influencing police decisions and/or therapeutic encounters.

Lest you think that all of this is ancient history not worth recounting, only last week two supporters of the Scottish Fresh Start Foundation, Catriona Selvester and Malcolm Konrad Ogilvy, released an “updated” version of the infamous “Helen G.” list, which originated with RAINS co-founder Dr Joan Coleman.

We won’t link to that list here, as it contains completely unsubstantiated and slanderous information about still-living individuals, as well as deceased persons who are of course unable to answer any allegations.

In a similar vein to the RAINS/Yewtree connection, readers will remember the involvement of SRA-promoter Robert Green in Operation Conifer, the Wiltshire Police investigation into allegations of sexual abuse against former prime minister Edward Heath.

Mike Veale… emailed Robert Green, of Warrington, two weeks ago in response to an email Green had sent him. Veale wrote: “As ever thank you Robert.”

The words suggest the pair had communicated previously and will cast fresh doubt on the evidence that Veale’s force has gathered.

…Green is an activist closely involved with fraudulence [sic] allegations in Scotland in the so-called Hollie Greig case, in which claims that a girl with Down’s syndrome had been abused were found to be false. He was jailed for 12 months in 2012 for harassment.

As it turns out, while the Sunday Times did not clarify this, Mr Veale was thanking Mr Green “for an email in which he expressed his glee at the Mail on Sunday‘s front-page splash about how Operation Conifer’s findings were to be passed on to the Independent Inquiry into Child Sexual Abuse. Green’s email and Veale’s reply were published on a Hollie Greig conspiracy website”.

On 5 October 2017, someone from the “HollieGreigJustice” website posted a letter, seemingly penned by Mr Green, in the comments section on Barth’s Notes. It included this snippet of information:

Over seven years ago, following the publicity surrounding the unlawful arrest and imprisonment I suffered in Aberdeen over Hollie`s case, I was invited to meet Dr Joan Coleman, a specialist in the field of child and ritual sexual abuse of impeccable reputation. Amongst other details, including some relating to Jimmy Savile and Cyril Smith, she offered some evidence about Sir Edward Heath. Although I was naturally not party to any depth of information, I did learn that evidence against Sir Edward had been provided by no fewer than five witnesses, all of them totally independent of each other.

I can say that due to the consistency of aspects of the content of the various statements, it would be impossible to deny that such evidence must be wholly credible.

Now, here in October 2017, it is interesting to recall that had I not been snatched from an Aberdeen street in February 2010, it is possible to imagine that such valuable evidence would never have seen the light of day.

Mike Veale, you might recall, was the police officer who announced that had Sir Edward Heath been alive today he would have been questioned regarding the allegations against him.

Mr Veale left the Wiltshire Police in January 2018 to become Cleveland Police’s new chief constable, but shortly after his appointment it was reported that he had done so because he was under investigation by the Independent Office for Police Conduct (IOPC, formerly the IPCC).

We’ve discussed the insidiousness and strange persistence of the SRA narrative amongst people who really ought to know better: police officers, social workers, psychotherapists, and the like.

It seems quite plausible that some of the more bizarre and lurid allegations which have arisen in the various relatively recent “VIP abuse” allegations may have had their genesis in the fertile imaginations of the usual suspects—those who seem determined to spread the SRA narrative far and wide.

As usual once charges have been laid, comments about Nick or his case are inappropriate and may amount to contempt of court. 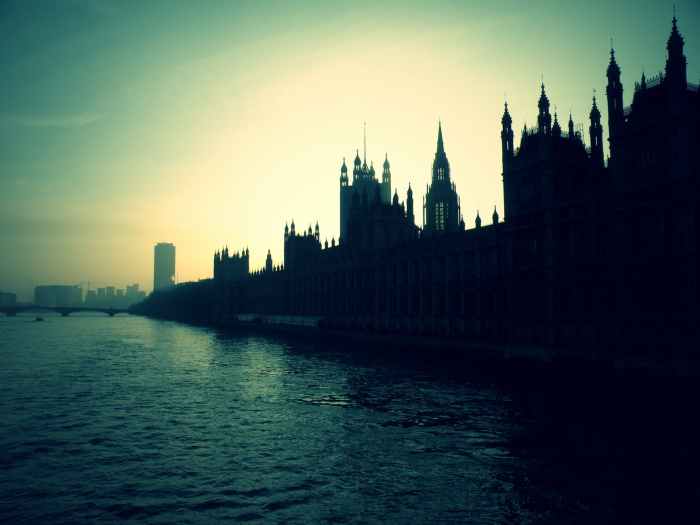 Photo by Mariano Ruffa on Pexels.com

118 thoughts on “‘Nick’ charged with perverting the course of justice, fraud”