Yesterday we discussed Angela Power-Disney’s latest load of tripe which she presented via YouTube. We were able to sort some small nuggets of truth from the fœtid mass of lies, half-truths, and figments of her fervid imagination, and eventually came up with the following information about Jake Clarke:

That was it, as regards Jake.

What about the ITNJ?

After Angela’s inevitable (and seemingly interminable) rattling of the begging bowl, we did note another possibly interesting snippet of information, though once again it was buried so deep in manure that it took us some time to work out which bits might be salvageable and/or worth sharing.

Here’s the raw text, straight from the mare’s mouth:

The other big thing which I need to do some more talking in depth about is an organisation called ITNJ. Headed up by ppl such as, well Sacha Stone facilitated a three- day conference in London, a tribunal, so to say, in London, and on the paperwork put people like Robert David Steele, Timothy Holdenseth (?)—I like him—and Michael Tellinger, I don’t know much about him…some new age kind of therapists, quite a smorgasbord of people, and at quite an expense, although it pales in comparison to Royal Commission Inquiries into child abuse. which run into the multi-millions.

This ITNJ, which seems a bit new age but it’s got some good aspirations, it raised a quarter of a million to establish itself with judges and academics and different people, so I think the first fundraiser was a quarter of a million dollars to declare they exist, then the 3-day tribunal in London was supposed to raise $120 grand, which in some ways you can say that’s extortionate, but then it’s relative, you compare it to a Royal Commission, lasting 7 years and costing $83 million or something, you know $120,000 is modest. But they apparently only raised $66,000, which they deemed rendered them unable to live-stream the event, which is odd, because I operate on peanuts [long wheezy laugh]…

Special Branch or similar approached the leaders, aka Sacha Stone, and said if you have any Hampstead campaigners attend we will shut you down, we will arrest them, and we will hold you liable. So this International Tribunal of Natural Justice…caved!

Instead of saying “you can’t dictate who comes to a public meeting about justice, you know, about child trafficking, you can’t make threats like that”, but instead of saying that they contacted the Hampstead campaigners, some of whom were due to testify, and said “Oh, do you mind awfully not coming, because you know we’ve put a lot of effort into this and we don’t want to be shut down”.

So that was like a big red flag straightaway.

How can you expose child abuse trafficking and corruption and coverups if you cave to the very first intimidation? So um, I understand only about 25 people attended and allegedly $66,000 didn’t cover live-streaming so we await with bated breath for the sessions to be uploaded to YouTube or some other platform where everyone can see what happened. So you can probably tell I’m a little bit cynical about what happened there, Im disappointed for an opportunity lost really.

True: We do know that the ITNJ was only able to scrounge up $66,000 of the $120,000 they claimed they needed to run their fancy-dress fake court in the standard to which they would like to become accustomed. That information is available from their funding page.

True: The ITNJ did claim that because they were short of cash they would be unable to live-stream their London event as planned. That information was printed on this blog.

Embellished/invented: Angela claims that a “Royal Commission into Child Sexual Abuse” would have lasted seven years and cost $83,000,000. No such Royal Commission has taken place here. However, to give Angela the benefit of the doubt, let’s assume that she’s talking about the Royal Commission which took place in Australia and released its final report in December 2017. That Commission lasted five years, not seven; and it is estimated to have cost more than 260 million pounds, not 83 million dollars.

Remember how Angela likes to pretend she’s a journalist? Real journalists get those sorts of facts right. Just sayin’.

Why not just say, “The police approached the leaders…”? Obvious answer: it doesn’t sound nearly as important. And Angie is all about trying to sound important.

Probable: It does seem possible bordering on probable that the organisers of the ITNJ were asked not to go ahead with their original plan to use the Hampstead case as a fish-hook with which to snag the gullible.

We say this because in the original ITNJ announcement of the London event, pictures of RD’s children featured prominently, and the hoax was touted as one of the attractions which attendees could expect. However, when we re-examined some of those links, we found blank spaces where the pictures and videos had been: 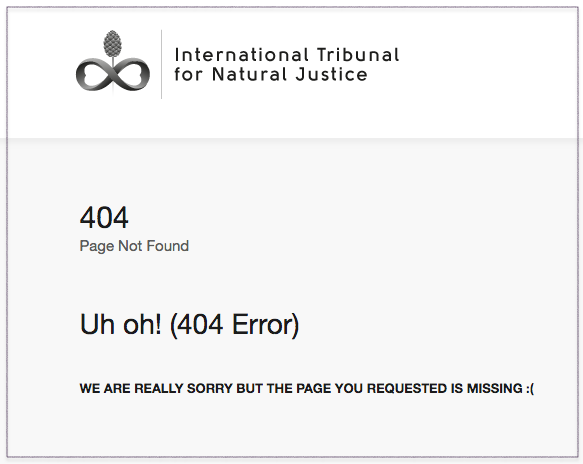 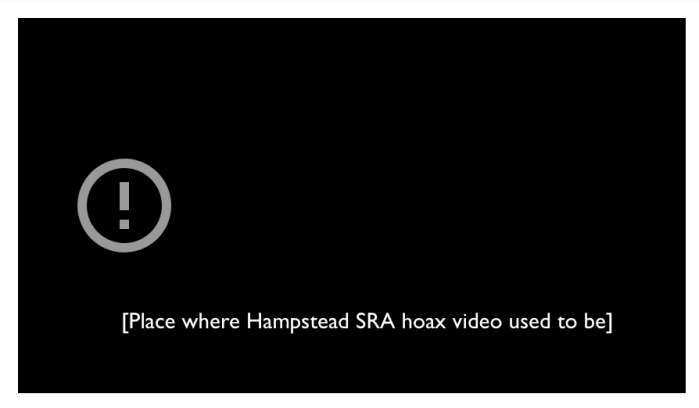 However, we were able to find some traces of the original announcements on the ITNJ site:

We have blanked out the text box, as it was brimming with illegal identifying information about RD’s children.

Another bit of evidence in favour of the “Sacha Stone was told not to allow Hoaxtead mobsters to speak” theory is that none of the mobsters known to us were gloating about their performance at the event.

Certainly if people such as Belinda McKenzie or Lee Cant (who was originally named on the ITNJ site as a potential speaker) had in fact spoken at the London event, they wouldn’t have been able to contain their glee.

If the police did in fact lay down the law to Sacha Stone, they managed to hit two birds with the same stone. Not only were Hoaxtead mobsters prevented from disseminating the hoax further, but the ITNJ London event seems to have fizzled, sputtered, and ultimately died an inglorious death in their absence.

Errata: An earlier version of this post stated that Jake Clarke would be in court on 9 May; the correct date is 11 May. We have learned that he will be facing two counts of harassment.

77 thoughts on “Was ITNJ prevented from featuring Hoaxtead mobsters at London meeting?”