We’ve had a bit of a bet going round Hoaxtead Research HQ over the past three weeks or so: which of the Hoaxtead mob would be first to spill the beans about Jake Clarke’s arrest? EC is pleased to say that he and Scarlet share top honours, having correctly guessed that it would be Angela Power-Disney.

Sure enough, her latest YouTube blab-fest was a veritable gold-mine of Hoaxtead mobster chit-chat and gossip, laced heavily with the usual lies and half-truths, and of course the ever-present attempts to pass the begging bowl.

No thanks, Angie, we gave at the office.

What’s up with Jake Clarke?

Angela started with a long and inaccurate spiel about why Jake was sectioned back in August 2016:

The other upsetting news is that Jake Clarke,  another prominent Hampstead campaigner who was sectioned maliciously for months and months and force-medicated and you know, has had his life changed forever by this.

He originally went to his GP, and the police, expressing depression and anxiety as a result of trolling mostly by Hoaxtead Research, the mostly Satanic self-admitted Satanists and likely government deep-state sponsored trolling blog.

So he went with a very normal complaint, that the trolling and constant videos and the slander and libel is causing me distress and anxiety [we assume she meant that it was causing Jake anxiety, not her], and instead of being taking action in response to his complaint, he was sectioned.

Mmm, not quite. In fact, at the time Angela’s story was quite a different one. She posted this on 24 August 2016, claiming that the reason Jake had been sectioned is that the police had been pressuring him to implicate her:

We don’t know exactly why Jake was sectioned, and frankly it’s not our place to know that. His mental health issues are his own private business. However, we think it’s safe to say that neither of Angela’s bizarre hypotheses have any bearing on the truth of the matter.

Anyhoo…after this apéritif of waffle, Angela finally got to the meat of the matter:

So more sinister than that is that he’s now being taken to court on the 11th of May, again by RD, and one of the other alleged abusers from the Hampstead case.

They seem to be reducing in size, originally there were five who went up against Neelu and Sabine, then only three turned up to testify; then it was down to three, and now it’s down to RD plus one, and even then, they’ve been given permission in the past to testify from behind screens, to testify from overseas. You know RD was in America the last time and allowed to testify from there, although Sabine was not allowed to testify by Skype to the court when she was on…in exile in Berlin, fleeing from malicious arrest, threats which have come to pass since she came back.

Again, one must sift through the muck to find the truth. So far as we can tell, the truthy bit is “Jake will be in court on 11 May”. That’s it.

Her theory of diminishing numbers is ludicrous—the witnesses who testified at Neelu and Sabine’s trial for conspiracy to commit witness intimidation in July 2016 were not the same people who testified at Rupert’s trial for harassment the following year. And what in the world makes Angela think that RD was testifying via video link from the States, at any trial?

As for whether Sabine was permitted to testify from Berlin, of course she wasn’t, since her testimony was not required during the February-March 2015 fact-finding hearing in the High Court Family Division. Oh, and she wasn’t fleeing from “malicious arrest”, she was fleeing from justice. Bit of a distinction there.

So the 11th of May, Jake’s up again. DC Steve Martin, Freemason, the cop that did the retractions of the children and was deemed by the IPCC to have appeared to have led the children in their retractions, and one of last advice police gave was that he should not be still on the Hampstead case, he should not be given that the IPCC has upheld that it seemed likely that he had led the children to retract their original disclosures, it is not advisable, feasible, recommended, even legal for him to be running the case but he is, and he’s handling this latest prosecution by the alleged paedophiles, the harassment, which will be Jake Clarke on the 11th of May in Willesden in the first instance. [Does this woman ever breathe?]

I think the first stage is he’s invited to plead. If you follow common law [by which she means Freeman on the land woo], you don’t plead, because you don’t recognise the jurisdiction. In order to be legal it needs to be trial by jury, you can elect trial by jury at the crown court, but I don’t know what Jake’s strategy will be.

Well, at least she’s admitted to not knowing something. That’s got to be a first.

As for the rest, the IPCC investigator did not state that DC Martin should not be involved in the Hampstead case. This is an out-and-out lie, and if Angie were capable of experiencing shame, we would say she ought to be blushing right now.

As we discussed on this blog last year, the issue which the IPCC had with the retraction statements made by the children centred on the fact that the little girl had raised the issue of wanting to retract whilst in the police car being driven to the interview on 17 September 2014.

Next time she decides to make a video full of lies and inaccuracies, Angela might wish to keep in mind that those of us who volunteer on this blog have of necessity become experts in this case, and there aren’t very many details which we haven’t covered here at some point in the past three years.

We’re sure she’ll claim she’s being “trolled” again when she reads this, as she never /rarely /occasionally /sometimes does. And when she does, we will shrug and tell her to try telling the truth now and then. It’d make a pleasant change. 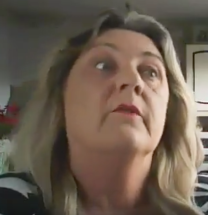 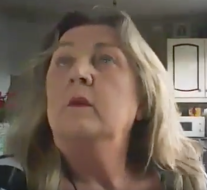 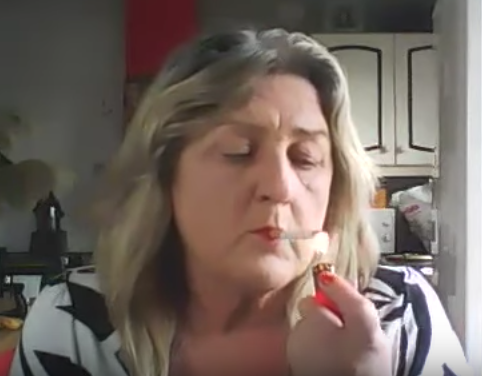 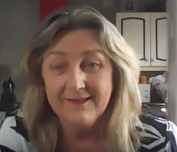 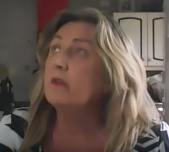 84 thoughts on “Angela spills the beans on Jake Clarke”