Last week we were alerted to a very interesting post on the Barth’s Notes blog, titled “European Psychiatry and Satanic Ritual Abuse Conspiricism”. “Just up our street!” we thought, and we weren’t wrong.

In fact, the article linked to another in Private Eye, which had caused much mirth and merriment at Hoaxtead Research HQ a couple of weeks ago:

The Eye has been alerted to an article that appeared last year in the peer-reviewed European Psychiatry, the official journal of the European Psychiatric Association, titled “The Satanist Cult of Ted Heath: Ethical Implications of Authority Compromise”. It was based on a conference paper delivered at the 24th European Congress of Psychiatry in Madrid by Dr Rainer Kurz, a chartered occupational psychologist.

Kurz states the Satanic Grocer scenario as fact to an audience of mainstream psychiatrists and in a peer-reviewed journal – which makes one wonder what respect his peers have for corroborative evidence.

The main source he cites is an Essex body-builder called Chris Spivey, who also believes that the murder of Lee Rigby was a government-organised hoax. Of Spivey’s online post naming 235 supposed members of Heath’s satanic cult, Kurz writes: “No indications were found that would throw the veracity of the document into doubt”

This led us to wonder: what exactly is a “chartered occupational psychologist”, and what would cause a person with such apparently elevated credentials to believe a wanker like Spivey? We began delving, and the more we delved the deeper the rabbit hole seemed to go—so much so that we might have trouble fitting it all into one post. You’ve been warned.

Yes, there is such an animal. In fact, according to the BPS site, “The title of Chartered Psychologist is legally recognised and reflects only the highest standard of psychological knowledge and expertise”.

And an “occupational psychologist” is a person with a PhD in psychology, who specialises in the world of work:

Occupational psychologists apply expert knowledge to all levels of working and may work on organisational issues, such as culture and change, as well as issues at an individual or team level.

While Dr Kurz may very well be an expert in occupational psychology, we think it’s fair to question his expertise in the field of so-called “Satanic ritual abuse” …especially given that no evidence has ever been found to support allegations that such a thing exists. Oh, except for Chris Spivey, of course.

However, this has not stopped Dr Kurz from appearing several times on the Richie Allen webcast, where he regaled the audience with bone-chilling tales of the supernatural. Richie refers to Dr Kurz as a “man of medicine” and a “man of healing”, though it’s quite clear he has no idea what expertise his guest really possesses.

When the going gets weird, the weird turn pro

From Hampstead to Norwich: Ritual violence or coaching?

The presentation aims to compare the Hampstead (sic) where the videos were watched by 4 million individuals world-wide with the little that is known about the “Norwich Three” case due to court reporting restrictions.

Materials posted on websites, books and videos were reviewed alongside discussions with whistle-blowers, relatives and friends of people involved.

The disclosures in the Hampstead case were very extreme but similar accounts can be found in books by Sara Scott (UK) and De Camp (US). Those accused of sexual abuse claim that the children have been coached by their mother to make these allegations–the view that the judge adopted. In the Norfolk case, 7 of the 10 defendants were cleared of child sexual abuse allegations but three individuals were found guilty. It remains unclear what the basis was for the conviction as the disclosures could have been classed as the result of “coaching”.

Anyone operating in forensic settings should familiarise themselves with the “hall of mirrors” that cases involving child sexual abuse routinely constitute.

Yes, you read correctly: not only is Dr Kurz alleging that despite a complete lack of evidence, the Hampstead “Satanic ritual abuse” allegations were true, but in the same breath he’s claiming that Marie Black, a convicted child rapist who was supported by close colleagues of Belinda McKenzie and Sabine McNeill, was framed. As the Barth’s Notes post points out, Dr Kurz seems perfectly willing to accept that Mrs Justice Pauffley’s judgment was “very unsafe”, but cannot bring himself to believe that Marie Black and her co-accused were guilty:

why would such doubts be shared by someone who is very ready to believe the most outlandish SRA claims? Black forcing a child to drink blood is beyond credibility, yet we are to accept a narrative about Hampstead that involves baby-eating and the wearing of baby-skin shoes. The contrast is bizarre.

Barth’s Notes points out that in addition to his Richie Allen Show appearances, his belief in anything that the truth-avoidant Chris Spivey says, and his willingness to read, let alone cite, blogs like Aanirfan,

[Dr Kurz] describes himself on LinkedIn as a “volunteer” for Ian Joseph’s “Forced Adoption” website; Josephs was profiled in the Mirror in 2014 as “Millionaire helping pregnant women flee UK to avoid babies taken into care”, and he has also himself appeared on The Richie Allen Show to discuss the issue.

Black was one of those Josephs assisted, and this seems to be basis on which her case is presented by Kurz as evidence of a corrupt system rather than as an exemplary example of the reality of organised child sex abuse.

But that’s not Dr Kurz’s only connection with those who’ve promoted the Hampstead SRA hoax: some of our readers might recall this presentation at Sabine and Belinda’s “Forced Adoption and CSA Cyber-Event” in November 2015:

(No, he wasn’t the infamous “elephant in the room”.)

And even earlier than this, Sabine cites an email she received from Dr Kurz in this blog post, dated 25 July 2015:

“I am writing to you in my capacity as the ‘Science & Practice Convener’ of the BPS Division of Occupational Psychology. I put myself forward for this role as per attached Personal Statement in order to do my bit as a Practicing Psychologist to unveil the secrets behind (extreme) child abuse and improve standards in my profession.

Sir James Munby (President of the Family Division) remarked: ‘Only the death penalty is more drastic than removing a child from its parents forever’.

Prof Jane Ireland found that 2/3 of psychological assessment reports sampled in Family Court settings were ‘poor’ or ‘very poor’. It hence appears to be the case that death-sentence like consequences routinely result from poor professional performance of Practicing Psychologists.

I am delighted to inform you that the BPS Division of Clinical Psychology is currently preparing guidelines for Historical Child Abuse Disclosures the attached draft of which already looks promising.

Following clearance with Stephen Weatherhead I would like to extend to you a warm invitation to review the attached draft and contribute your views on what the +/- impact of Psychologists is at present, and how the best possible impact for abuse victims could be achieved.

Through my own volunteer advocate activities I have identified unveiling of the ‘Discourse of Disbelief’ that denies the existence of extreme abuse as a top priority. Read for yourself how for example

Wikipedia is proffering completely one-sided ‘misdirection’ on the topic of satanic abuse: http://valeriesinason.co.uk/wikipedia.html

I attach three 2015 presentations that cover such topics. The recent posters at the 3rd European Association for Psychosomatic Medicine (EAPM) Congress in Nuremberg illustrate some of the depravities and irregularities in the field of extreme abuse. The Prevention poster includes two clickable links to other documents – I would be interested in your commentary and suggestions of doing something about the issues raised.

I would like to supplement these by drawing your attention to sentencing (once more!) of Albert and Carole Hickman whose names were already familiar to me from Tim Tate’s chapter in the book ‘Treating survivors of satanist abuse ’ edited by Valerie Sinason (1994):

The vested interests slated Valerie’s book e.g. here is an extract from a scathing review on Amazon:

“This book has the distinction of being voted in a peer review in the year 2000 the second worst psychiatric publication of the last hundred years. One nominee for the review (led by Simon Wesley, Professor of Psychiatry at King’s College, and reported in The Independent newspaper on 19 March 2001) described it as “credulous, superstitious, iatrogenic (illness-inducing), self-righteous incendiary garbage”. Another reviewer described the book as: “useful for anyone who needs a startling, clear demonstration of the amazing ability of 20th century human beings to persuade themselves firmly to believe in utter claptrap and nonsense”.

I uploaded 10 presentations I did on the topic on this research site:

Unveiling the organisational structures and processes that shield abusers is critical in order to tackle the biggest challenge of all: the ‘thwarting’ by authority representatives of sexual assault crime report attempts, and – even darker – associated ‘gaming’ of Family Court processes.

Amused as we were by the review of Valerie Sinason’s book on ‘Treating survivors of satanist abuse’, we find it alarming that Dr Kurz appears to have put himself forward as “Science and Practice Convener” for the BPS, with an eye toward advancing the cause of his profession’s acceptance of SRA. Given his strong links with known conspiracy pushers, and the fact that his own qualifications are wholly unrelated to the topic he is trying to promote, we wonder whether the BPS is aware that one of its “chartered” members is bringing the profession into disrepute.

And as if all that weren’t enough…

We’ve been made aware recently that yet another American “researcher” has plans to cross the Pond in the next week or so, in order to attend a conference. Three guesses who one of the keynote speakers will be?

That’s right. Nathan Stolpman is coming all the way from sunny California to listen to four cranks discuss a topic which has been repeatedly and roundly debunked. Well, we suppose it’s his money. Oh, wait…. 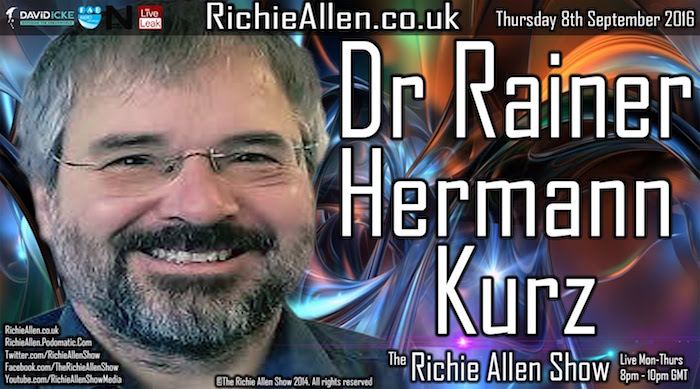