Earlier this week we discussed the curious case of Dr Rainer Kurz, a chartered occupational psychologist who, despite his lack of clinical experience, has developed a curious sideline in promoting belief in Satanic ritual abuse. According to Dr Kurz, who has been interviewed several times by David Icke associate Richie Allen, he has actually treated patients who he believes are survivors of SRA, a proposition we can only describe as “terrifying”.  As one Twitter commenter put it, it’s rather like “an orthodontist setting himself up as a brain surgeon”.

We mentioned in our last post that Dr Kurz would be in London this weekend, speaking at a “Satanic Ritual & Extreme Abuse” event. He’ll share the podium with SRA proponent Sandra Fecht, described on Barth’s Notes as

a Canadian counsellor who claims to have “developed techniques to help people unlock unconscious secrets that are buried deep within their memories”. Fecht will speak on how “the same forces that are capable of these extreme abuses control, dictate & limit our daily lives in subtle ways we have been trained to accept as normal.”

Other keynote speakers at the event will be evangelical Christian and SRA campaigner Wilfred Wong, who has appeared on Brian Gerrish’s UK Column YouTube channel; and Anne Redelfs, a retired psychiatrist and “listener”, who will be speaking about how doctors know nothing about SRA. According to Barth’s Notes, Ms Redelf claims physicians

“are unaware that they compulsively recreate trauma through patterns embedded in the system”. Also appearing, according to the conference leaflet, are two of Fecht’s clients,  Fran Toews and Dave Staffen. The point of contact for the event is Jo Lomax, a Hull-based hypnotherapist who has a number of YouTube videos in which she holds Skype interviews with figures who are part of the conspiracy milieu. Her material also forms part of a website called the “Conscious Consumer Network”, which is also where the conference leaflet has been published.

The event comes a week after Redelfs, Fecht, Toews and Staffen were participants at a conference in Dublin titled “Ireland Awakens“, held under the auspices of The Bases Project (described as “derived from the early pioneering Irish UFO Research Centre”). Topics on the agenda were listed as “Sacred Ancient Sites if Ireland”, “Extraterrestrial Life”, “UFO Sightings in Ireland”, “Mind Control & Project MK Ultra”, “Life After Death” and “Ritual Abuse of Children”. The lineup also included none other than Michael Shrimpton (previously discussed on this blog here).

It’s a regular old-home week for the British conspiraloon community, though we do question the wisdom of calling such a meeting on (another) weekend when the world is meant to end. (Actually, if Neelu et al are correct, the world will already have gone kaboom by the time you read this, so it’ll all be immaterial, and you can forget everything we’ve just said.)

One conspiraloon who is travelling a long way from home to drink in the nutty vibes at this weekend’s event is Nathan Stolpman, who seemed a little perturbed about the reception he might receive on this side of the Atlantic. In this video he repeats several times that he has been “harassed” and “threatened” about his trip:

We’d like to be very clear in setting the record straight. The following is the sum total of all the correspondence we’ve had with Nathan regarding his visit to the UK:

Hey @lifttheveil411, I hear you're planning a trip across the pond? Might wish to consider this: https://t.co/JEmunoo4jx

Harassment? Do I seem like that kind of person? Don't worry, I'm always working within the Law.

That's good to hear. The people of Hampstead have had enough to deal with.

Hardly harassment, and certainly no threats, other than a common-sense reminder that he ought to remember to behave himself while he’s here.

We do wonder why Nathan found it necessary to moan about harassment and threats, given the mild nature of our correspondence with him. The best we can come up with is that he is so locked into the “cult of victimhood” that he feels the need to present himself as the recipient of abuse in order to have any value amongst his peers.

So about the Sandra Fecht lecture-workshop event. She’s got psychic abilities, it says. BULLSHIT! 🙂
But it also says, more or less, that she does some version of recovered memory therapy…

Is Nathan Stolpman really going to this thing? The man with the tenuous hold on reality, by his own words has experienced delusional states and trouble distinguishing fantasy from reality? Oh shit.
Think about all of the material Nathan has obsessively exposed himself to this year. He must have the kids’ videos memorized, eh? All those things they were forced to say? And his new best buddy (you know who I mean) – all of HIS delusional fantasies about his childhood & family, not to mention researching McMartin, etc., etc. All that material now embedded in his conscious & subconscious…

If he does any “memory” work with Fecht while he’s there, he’s going to come back a raving clone of Dipstick Shyster. He’ll be accusing his father of having sodomized him daily from the age of three, he’ll accuse his parents of sacrificing babies in their living room and serving them up to him as a child. I’m serious – it’s almost a perfect set-up.

But even if he doesn’t do it in England, on the path he’s on he’s sure to do it before long in the US – hook up with a recovered memory quack and be transformed into the SRA claimant of the year himself. If not by the end of this year, then by the end of next year. I’d say that’s guaranteed.

Set your stopwatches, Hoaxtead watchers. The race is on. 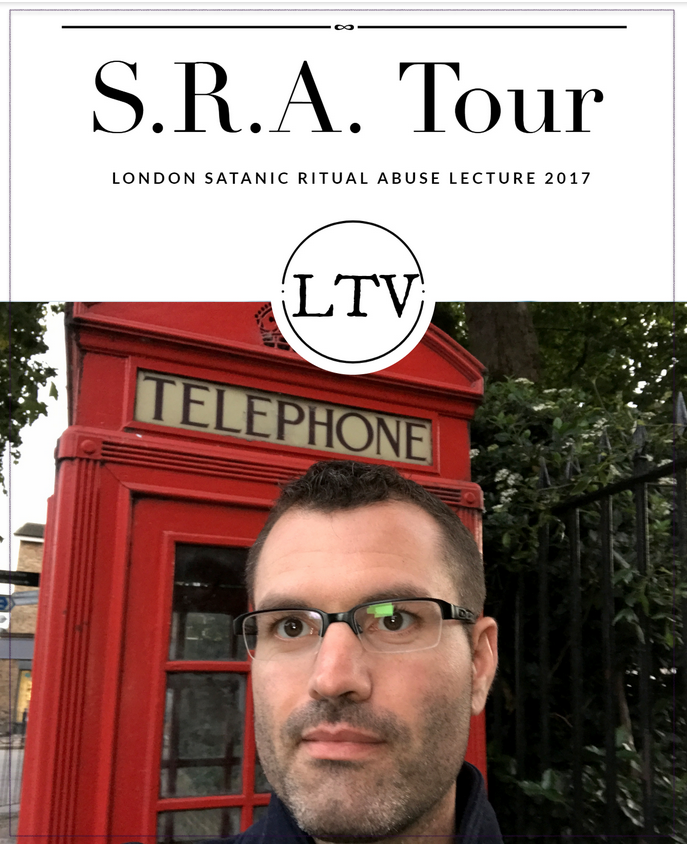