How can you tell when members of the Hoaxtead crew are trying to sweep a bit of inconvenient information under the carpet? It’s easy, actually: when they raise the topic at all, they cherry-pick tiny pieces, and then explain in great and implausible detail why these pieces ‘prove’ that they were right all along.

The rest, they sweep under the carpet.

The latest example is Drifloud’s piece-by-piece drip-feeding of what looks like the report from the IPCC investigation that Ella demanded last year.

Last week he ‘leaked’ a snippet that clarified the fact that RD’s children were taken into care due to concerns that Abe had abused them, and that Ella’s mental health and ability to protect her own children were impaired:

Yesterday, Drifloud released another tiny piece of the report.

All right, it was really a few tiny pieces stitched together into one, but it tells a fascinating story, though probably not the one Drippy would prefer.

As commenter Dave points out, these segments of the response to the IPCC actually answer two nagging questions continually raised by the Hoaxtead mob: 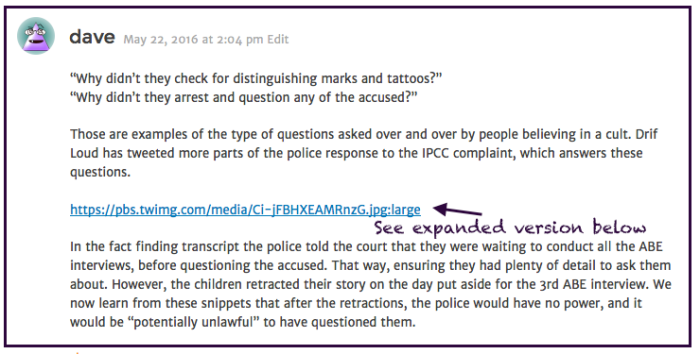 Here’s the latest excerpt from the report, from Drifloud’s Twitter feed:

With the withdrawal of the allegations there was no power to seize further property, search premises or arrest/interview others named.

In the face of this and the retractions from the children it would be disproportionate and wrong to continue any form of investigation. There would be no grounds to arrest any person or seize any property as there was no evidence to support that an offence had taken place.

To anyone who understands that the police must follow procedural rules when they conduct investigations, and don’t get to just make it up as they go along, this sounds perfectly natural and reasonable.The children, finally feeling safe once they were out of Abe’s abusive reach, retracted their statements, so there was literally no case left to investigate.

No case means no further questioning of potential suspects, no need to arrest anyone, and no need to seize property as evidence.

The point is reiterated here:

Both your children stated that they had lied and were not sexually abused by their father. In light of the withdrawals it would have been inappropriate and potentially unlawful to make arrests or consider inviting persons in to a police station to interview them under caution….

…However the inconsistencies, lack of supporting evidence and subsequent withdrawal of the allegations dictated that any further interviews would be unjustified.

Drifloud, to no one’s surprise, is frothing at the mouth over this result. His response, as always, is to allege that it’s all part of a huge conspiracy of silence, yadda yadda yadda. The children were coerced into their retractions via a combination of magical hand signals and NLP, you see, just so that this result could be reached, and the police wouldn’t have to investigate further. Because cover-up. Obviously.

Sadly for the Hoaxtead conspiranoids, the police do not launch and pursue investigations simply on the say-so of a bunch of vigilantes out to prove the existence of a giant conspiracy of child-raping, baby-eating cultists.

Most of us see this as a good thing: the police should not play the role of the Grand Inquisitor on behalf of a small but vocal group of vigilantes.

To those of us who aren’t locked into a cult-like devotion to Abe and Ella’s fantasy story, the results of the IPCC investigation look as though they’ll make for a very satisfactory vindication of the actions of the police, at least insofar as their investigation of the alleged abusers.

It’s unlikely we’ll get the whole story for some time, if at all. That is probably appropriate, given that the case involves minor children who’ve already had their privacy and right to anonymity violated in the most extreme and egregious ways.

Still, it’s good to know that the IPCC investigation has indeed been completed and closed, and that the Hoaxtead mob is becoming increasingly frustrated in its quest to promote a gigantic witch hunt based on Abe and Ella’s lies. 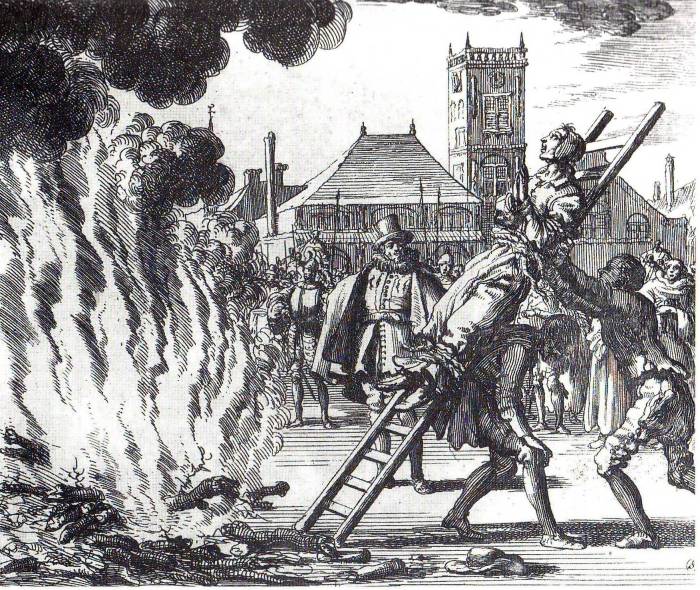