If you’re a would-be conspiranoid hoaxer hoping to make your fortune by claiming that your new girlfriend’s children were abused by a mysterious Satanic cult in a leafy London suburb, you know you’ve completely lost the game when your chief spokes-thingy is Drifloud.

We’d been noticing for some time that we’ve heard nary a peep from Abe and Ella’s secret hideout in the south of Spain; their last update consisted of a spate of deranged emails from Drifloud, who seems to be their last friend in the world.

Seriously, no one wants to know Abrella any longer. Sabine gave up on them ages ago; Belinda has had nothing good to say about them since last summer; Angie has accused them both of being ‘in the cult’; and even their erstwhile bestie Code/Guidance 2222 won’t speak to them.

Righty-o, Drifloud it is then.

It looks as though he and Abrella are still on speaking terms, or at least they’re sharing some of their information with him. Yesterday he tweeted something that looked as though it might have been a piece of the IPCC investigation.

If you’ll recall, the Hoaxtead pushers had been pinning their hopes for this case on a complete misunderstanding of the IPCC decision to uphold Ella’s appeal: 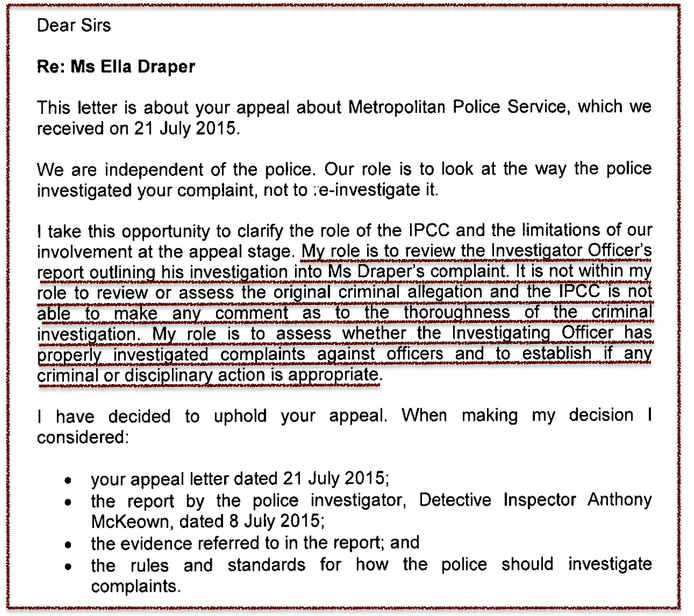 The important part being, of course, that the role of the IPCC is to investigate whether complaints against officers were properly investigated by the Investigating Officer.

Indeed, just to reiterate yet again for the hard of thinking (yes, Jake, this means you), “It is not within (the IPCC’s) role to review or assess the original criminal allegation and the IPCC IS NOT ABLE TO MAKE ANY COMMENT AS TO THE THOROUGHNESS OF THE CRIMINAL INVESTIGATION“.

All right. Now that we have that settled, here’s the scrap of (possible) IPCC report that Drifloud was waving about yesterday:

If this is in fact a scrap from the IPCC report, we may assume that DCI Foulkes is commenting on his officers’ decision to remove the children from Ella’s care.

He appears to be addressing the report to Ella (“your mental health…your children”). He notes that the “actions of the officers were not taken lightly”, from which we may gather that he agreed that his officers’ decision to take the children into Police Protection was valid and appropriate.

If this snippet is representative of the tone of the entire IPCC report, it’s hardly surprising that Abe and Ella didn’t bother to share the whole thing on their blog. It’s hardly the glowing vindication they were hoping for, and at this point they must be feeling pretty discouraged about their chances of keeping this case alive. Indeed, they’ve now exhausted every avenue of legal appeal.

The last post on their sad little excuse for a blog dates back to the aforementioned rants from Drifloud; other than that, the only signs of life from their direction have been a few comments by Abe on hemp-related blogs.

Have they finally faced what the rest of us have known for some time: that their carefully constructed hoax has shattered into a million pieces, taking with it their dreams of internet fame and fortune? 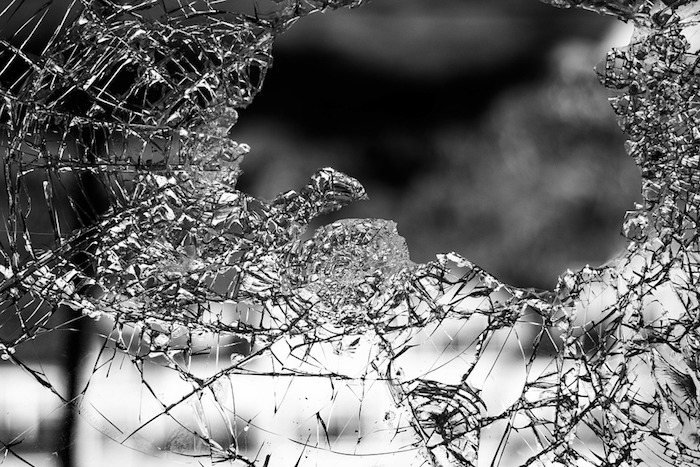 74 thoughts on “Abe and Ella: Have they given up?”