Local police visited Angela Power-Disney an hour ago, seized her computer, and have invited her for an interview. 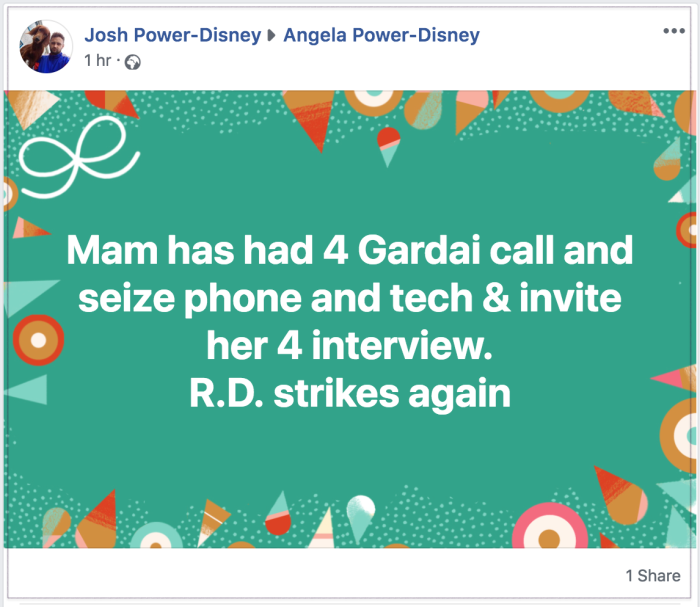 It’s not clear from this whether Angela has actually been taken to the police station, or will attend at a later time.

We will follow this story closely and bring updates as they happen.

Josh has posted a further message on his mother’s page, asking Ben Gilroy to meet Angela at Kells Barracks at 1:00 pm today:

From this, it would appear that Angela is to be interviewed by police at 1:00 pm.

Angela is Facebook friends with a Ben Gilroy who lives in Navan. He does not appear to be a solicitor, but earlier this year he was involved in a legal case against sub-prime lender Start Mortgages.

Angela has put up a live-streamed Facebook video outlining her version of events this morning. She states that the police came to her house and were let in by her son. At the time of the live-stream, she was awaiting the police, who were to take her to her interview at Kells Barracks.

We have altered the headline of this post to reflect this new information.