The other day, we incorrectly identified the author of the Spidercatweb blog (and the @calamiTcat Twitter feed, and the Cat Scot Facebook page) as Lesley Scott, wife of UK Column’s Scottish correspondent, David Scott. Our apologies to Mrs Scott, and to our readers, for the error.

We’re now aware that “Cat Scot” is actually Catriona Selvester, a new member of the False Start Foundation’s board of directors, appointed following the departure of Andy Peacher and Sandy Smith last month. Thanks to one of our readers for putting us straight! 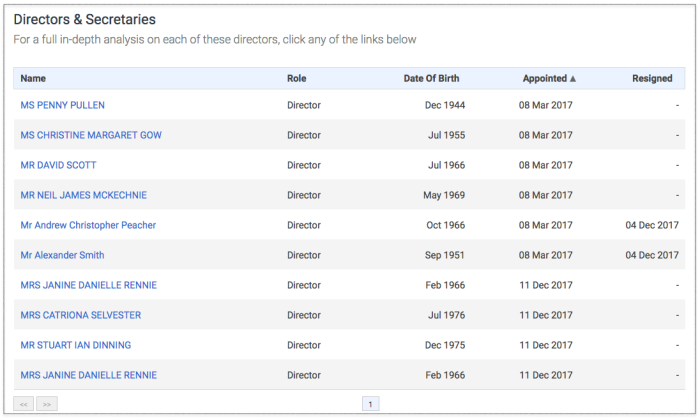 We’re embarrassed, though, as we really ought to have noticed that Ms Selvester had already identified herself on her own blog, back in 2015:

In fact, if you’re ever in need of a teeny-tiny tube of toothpaste on a key-ring, look no further! Catriona’s got what you’re looking for: 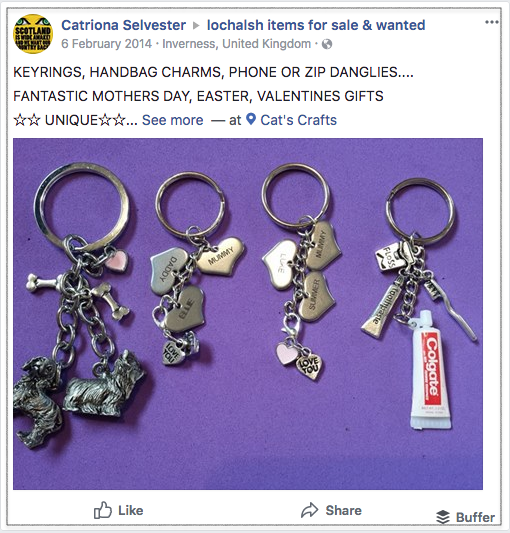 A closer look at Janine Rennie

While we were looking at the list of directors of the False Start Foundation, we noticed that Janine Rennie seems to have an interesting history in the CSA charities biz: it turns out that she’s Chief Executive Officer of a Scottish charity called Open Secret. Or at least it used to be called Open Secret. It’s now apparently part of an umbrella group called “Wellbeing Scotland”.

In 2016 the organisation came into conflict with the Scottish government, when Open Secret refused to hand over required confidential client data, a prerequisite for the £200,000 in government funding they receive each year.

A charity that runs a counselling service for survivors of childhood abuse says it is in danger of closing after refusing to hand over client data to the Scottish government.

Open Secret, which has received £200,000 a year from the Scottish government for the past eight years, has been told its funding will be in danger if it does not share confidential details about the people using its services, although the government denies this.

Janine Rennie, the charity’s chief executive, told Third Sector she believed there was a substantial risk of beneficiaries taking their own lives if the service was no longer available, but the charity would lose their trust if it handed over the data.

The data was requested ahead of a change to the way in which Scotland’s abuse survivor support service is funded. According to a Scottish government spokesman, having the data would help to ensure consistency in the service.

The Scottish government has set up the Survivors Support Fund, a £13.5m programme that will run from September until 2020. According to Rennie, it has warned the charity that it might not be considered to receive funding from the scheme if it does not comply with the request for data.

An email from a civil servant to the charity last month, seen by Third Sector, said the charity’s contract had always said clearly what data the government expected, but “what has been received so far has fallen short of what is expected and, indeed, required”.

The email said the charity’s failure to provide the data “will have an impact on Open Secret’s preparedness for being able to provide a service” under the new arrangement, which could “create hurdles to Open Secret’s eligibility to receive further funding”.

The case of the misogynist board chairman

And then there was that time in 2014 when Open Secret’s chair, Bruce Hotchkies, was forced to step down when it was learned that he was a member of an openly misogynistic band called Thunderf*** and the Deadly Romantics.

In one of the shock rock band’s videos, Mr Hotchkies is shown gagged and battered with a baseball bat. Other songs include a foulmouthed rant against feminists: “You keep up this shit, you’re going to get hit”, and a celebrity telling a groupie, “Get your face on the floor and get your ass in the air. You might think it’s love baby but I don’t care”.

According to the Falkirk Herald,

Due to the nature of the charity, which counsels victims of childhood abuse, his role as chairman and frontman of the rock group was condemned by MSP Christina McKelvie, co-convenor of the Scottish Government’s Cross Party Group on Men’s Violence Against Women and Children, which Open Secret is a member of. She said his ongoing involvement with Open Secret was “inconceivable”.

In response to the kerfuffle about Mr Hotchkies’ unfortunate affiliation, Mrs Rennie stated,

The complaints were about us paying staff a day early, simply because one of the complainers asked to us to help them; using money from Falkirk Council to provide services for other parts of Scotland which we don’t because all the money from Falkirk stays in Falkirk and we have evidenced this; us giving a pay rise to staff when they hadn’t had one for five years and other attacks that are completely unfounded.

We have documentation to back all of this up and the only reason the Scottish Government is now involved in the review is based on the factually incorrect information the council is working from over this grievance.

The council also say we are not co-operating with them, but the only thing we are withholding is the case files of our clients which we would never show to anyone.

We are unhappy at how the council has treated all the evidence we have shown them and will take our concerns to the Ombudsman if and when necessary.

We are very disappointed at this whole situation and are very concerned about the affect it could have on our clients. No one seems to care about their welfare through all of this.

At the end of an article in ThirdForceNews.org which covered the controversy, a person identifying herself as a former user of Open Secret stated,

As a victim of abuse and trauma left further traumatised by this Falkirk based organisation on THREE occasions, I certainly do not support the excuses Janine Rennie rants in support of her and her organisations shortcomings, failures and this latest nonsense.

Perhaps most interesting, though, is the fact that Open Secret was informed in February 2017 that its umbrella organisation, Wellbeing Scotland, would not be given official status in the Scottish Child Abuse Inquiry, chaired by Lady Smith. Wellbeing Scotland, which formerly operated as Open Secret and claimed to serve more than 1,000 survivors of child sexual abuse, was not granted core participant status in the inquiry.

What’s most interesting about this, of course, is that the “Fresh Start Foundation” has vowed to hold its own “People’s Independent Child Abuse Inquiry”, focusing on (you guessed it!) Satanic ritual abuse:

Fresh Start Foundation Ltd, a not for profit company, is delighted to announce that we, together with partners, will be rolling out a programme of child sexual abuse & Satanist ritual abuse awareness road shows throughout Scotland from Spring 2018, with the message that we will not leave any Victims & Survivors behind.

The lack of engagement with the Scottish Government’s CSA Inquiry, speaks volumes that Victims & Survivors are suffering in silence in large numbers. We are inviting you to engage with us so that together we can reach out to Victims & Survivors, to empower them by giving them a voice, so that they do not have to suffer in silence any more.