We had a somewhat unexpected guest here at Hoaxtead Research a few days ago: Alan Alanson, who has reviled us in a myriad of ways over the past two years, decided to come by and ask a few questions.

Fair enough, and well done to him for bearding the…er, coyote in his den. But as in every new relationship, there have been a few hiccoughs. Following a blog post in which El Coyote attempted to answer a number of Alan’s questions, he came back with more, primarily focused on our assertions that Jews don’t rape children, and that they don’t believe gentiles are sub-human.

But what about this passage in the Talmud?

Again El Coyote, I tip my hat to you for your reasoned approach, unlike the rest of the rabble who only wanna see me slayen…& I can feel their desire to do so, through this very medium we use( If I piss you guys off I can only say .. I’m very hahhahahahahaha )

Any way back to the Topic El… So, Indeed the Talmud is a set of teachings that are passed down from Rabbi of old through the centuries as an Oral research of the Torah? Or so its said…

The folly lies in its Subversion El Coyote, or should I say complete undermining of the word of Almighty God…

If I may be so bold… and this next article might be perceived that…. I’ve broken my bail as it contains paedophilic tenancies, but hey ho I’ll take my chances to state my case in the hope that some…………. here might garner some insight as to what I speak about…

Now I only want El Coyote to answer MIND, as I don’t wanna be trying to answer to a ‘free for all’ YES?

Please tell me what you make of this El coyote…https://halakhah.com/niddah/niddah_45.html

The link leads to a section of the Talmud which is often quoted by conspiracists and/or anti-Semites as evidence that Jews think it’s all right to have sexual relations with three-year-old children. Here is EC’s response:

“So, Indeed the Talmud is a set of teachings that are passed down from Rabbi of old through the centuries as an Oral research of the Torah? Or so its said…”

Okay, so the Torah lays out 613 laws (some of which seem very odd today, but many of which, like “thou shalt not kill”, “thou shalt not bear false witness”, etc. are still incorporated into the written laws of many countries). To fully understand those laws, how they should be followed, what they mean, etc., people realised that some explanatory text would be needed.

The Oral Law, which is contained in the Mishnah, is a legal commentary on the Torah, explaining how its commandments are to be carried out. This makes sense, as some commentary would be needed to make the laws clearer and ensure everyone was on the same page, so to speak.

For example, if you wanted to find out everything there was to know about how to remember the Sabbath and keep it holy, you’d have to look up various bits and pieces in the books of Exodus, Leviticus, and Numbers. In the Mishnah, that information is codified in one place, for easier reference.

The Talmud contains the Gemara, which is a written-down version of the rabbinical discussions which followed the writing down of the Mishnah. With me so far?

It’s important to realise that the Talmud is not contained in one book. It’s a collection of writings that fills up many volumes. There’s a saying that if you put two Jews in a room you’ll get five opinions, and that’s kind of a tongue-in-cheek reference to the various arguments and discussions you can find in the Talmud. In other words, it’s not a straightforward thing, which is why people spend years and years studying it.

Now, as for the link you’ve sent: it’s often used as “proof” that Judaism permits or even encourages paedophilia.

In fact, this is a rabbinical discussion regarding the financial arrangements of marriage (which until a couple of hundred years ago was usually more financial/social than about love–for Jews and non-Jews alike).

The discussion here relates to the dowry for virgins and non-virgins. It has nothing to do with what acts are allowed, encouraged, forbidden, or discouraged. Ironically, this passage has been misinterpreted by those looking for “dirt” on the Jews—because yes, it’s discussing, in a hypothetical sense, how one might determine virginity, whether the signs of virginity come and go, and so forth.

Nowhere does the Talmud, Babylonian or otherwise, state that sex with children is okay. In fact, there are very strict rules forbidding any kind of touching at all between people of the opposite sex who are not married, even down to holding hands.

Alan was apparently dissatisfied with this response, as he claimed it was a deflection:

Indeed El Coyote, you said you looked forward to what posts I would share, well as you tried in vain to deflect defunct the other post titled ” Babylonian Talmud: Tractate Niddah Folio 45a ” with lots of words, assumptions and your conclusion was/is that of that article being of ancient history teaching, Well my North American wild Dog…

What you my friend have failed in your assessment is the Talmud, then & now is studied & taught religiously among the Talmud Jew as fact… Rabbi’s hold that ‘their’ interpretations are correct , weather it be 2000 years ago or last Tuesday my friend…

Now I gotta say that by your form you are ‘now’ a defender of the Babylonian TALMUD Pharisee Jew.

So it is my assessment that your title of this thread is exactly what we in the know … know?

The Luciferian Talmud Pharisee (JEW) is the obstacle to world peace & True freedom of mans/womans Holy right to be free… Did I say I love to type spec when it flows from. The True Creator. Our Father Almighty God… ?

So my new found friend/s

At this point, Alan linked to a video depicting a group of rabbis and supporters who met in Jerusalem to advocate the publication of a book which condones the killing of non-Jews, including innocent children. When a noted Israeli poet attempted to shout down the speakers, he was removed from the meeting.

Following the meeting, Dr Sherman Rosenfeld, an Israeli biologist and science educator, stated categorically, “What happened here, what this was, was a…desecration of the Torah. The Torah is a Torah of peace…and what we heard here is that most of the people didn’t read the book, and they said that what’s important is that nobody should criticise anybody who writes anything about it. And what we’re saying is that we’ve read the book, we know what the book says, the book calls for killing innocent children, there’s no fine distinctions made here. It’s a book of racist statements in the name of the Torah”.

It seems to us that claiming that those in that meeting were somehow representative of all the rabbis in the world would be like claiming that the hateful Westboro Baptist Church spoke for all Christians everywhere.

As for the idea that the Torah advocates killing non-Jews, the Torah states unequivocally that all people were created in the image of God (Genesis 1:27). In fact, the Talmud says that Adam was created from the dust of all four corners of the earth, so that no one nation could claim superiority. And of course, Talmud Sanhedrin 57a; “Taz” Y.D. 158:1 specifically states that it is wrong for a Jew to kill a Gentile.

EC must admit that Alan’s response, above, was both incomprehensible (in some places) and a bit irksome (in others). Hence this reply:

Hi Alan—I have to admit I found the above difficult to decipher. I did manage to deduce that you felt I was being in some way deceptive in my attempt to clarify things for you. I doubt you’ll accept my reassurance, but I can honestly say that wasn’t my intention.

As for your claim that I’m a defender of “Babylonian TALMUD Pharisee Jew(s)”…perhaps I’ve just bothered to educate myself in the particulars of a religion which has had, over the past several hundred years, all too many detractors. I have my own reasons for having done that, which I might share with you some day if you behave nicely.

I’m not Jewish myself, but if I were I’d be proud of it.

Incidentally, the Christian idea of the Creator, the Father Almighty, did not spring fully formed from the teachings of an obscure rabbi 2,000 years ago.

Try this on for size:

Let’s put it this way: it’s something Jesus knew as a child. 😉 (And he suggested it as the opening words to a rather famous prayer.)

For those whose Hebrew is a bit rusty, “Barukh ata Adonai Eloheinu, Melackh ha’olam” simply means “Blessed are you oh Lord our God, King of the Universe”. Put another way, “Our Father, which art in Heaven…”. Yes, EC was being a bit stroppy by this point.

Again El Coyote my good friend, If you played for the Toon, they would say ‘Woah Nice Body swerve’

This is the 2nd article of two you have tried to ‘Swerve’ with utter nonsense… in my opinion .So then I’ll open the floor to all here on this Blog… PLEASE all enlighten me to the true meaning in this Video conference… I BEG YOU,

Well, not sure what else I can tell you, Alan. You ask, I answer to the best of my ability. If you think I’m resorting to trickery, then I have to ask you: why are you bothering?

My bottom line when it comes to people who believe things like “Jews believe non-Jews are sub-human and deserve to die” or “Jews think it’s okay to have sex with children” is that they’re wrong. I can cite chapter and verse, but when I do that apparently I’m playing tricks, so…why are we doing this again?

And there we remain, deadlocked.

The moral of the story, if there is one: if a person is not prepared to accept any answer but the one he has preconceived and believes in, then why ask the question at all?

If Alan was not interested in hearing anything except “the Talmud says it’s okay to have sex with children, and Jews think it’s okay to kill non-Jews”, and claimed trickery or deflection at any answer other than the one he so clearly wanted, then we wonder why he would bother going through the exercise. It’s disheartening to think that despite best attempts at clear explanations, we wound up right back at square one.

More likely, it seems that he was hoping that his “evidence” would win the day, that EC and others at this blog would be forced to see that Jews really were a malevolent force, and that we would come round to his way of thinking. So perhaps we misunderstood the premise: it wasn’t about looking for answers, but about pushing a particular agenda. Problem is, educated people know that the agenda is wrong.

Ultimately, we’re reminded of yet another bit of Biblical wisdom: “Hear now this, O foolish people, and without understanding; which have eyes, and see not; which have ears, and hear not” (Jer. 5:21). Or put another way, “There are none so blind as those who will not see”. 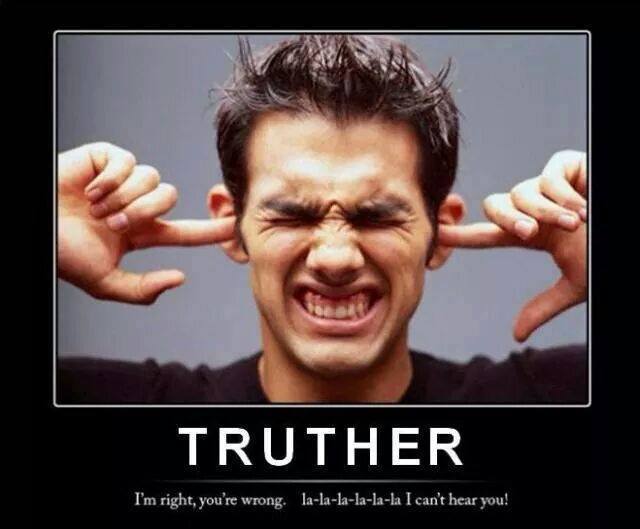 151 thoughts on “Alanson: There are none so blind as those who will not see”