We reported last month that Matt Taylor had been arrested in October, and charged with malicious communication.

Now a mysterious online “journalist” going by the name of “C. Spivvey” has reported further on Mr Taylor’s arrest, apparently his fourth so far this year: 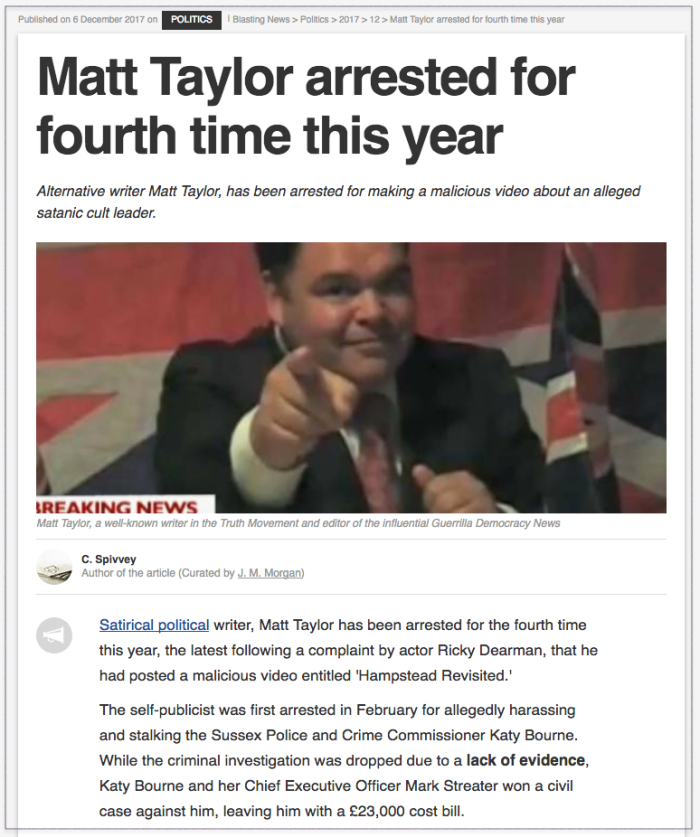 Apparently Mr Taylor is now styling himself a “satirical political writer”, and a “well-known writer in the Truth Movement and editor of the influential Guerrilla Democracy News”. (Oi! You in back! Stop laughing!)

According to “C. Spivvey”, Mr Taylor’s most recent arrest followed a complaint by RD regarding a malicious video titled “Hampstead Revisited”. We won’t link to the video here, as it contains images of RD’s children, but as far as we are aware, it’s still up on YouTube. 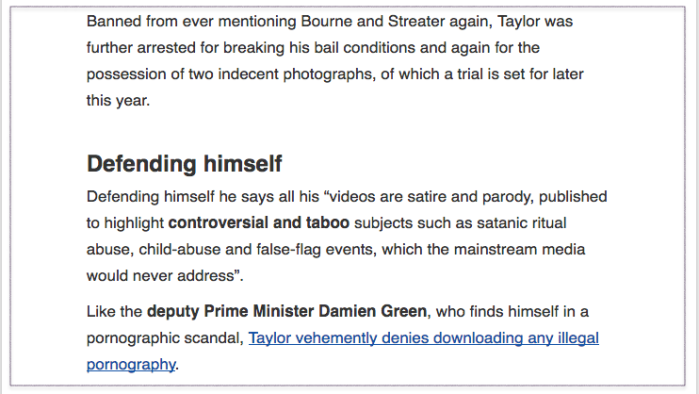 If Mr Taylor was “banned from ever mentioning Bourne and Streater again”, we guess it’s a good thing that this article was absolutely not written by Mr Taylor himself, but by the mysterious “C. Spivvey”, right? Because if Mr Taylor had written it, he could find himself in some very serious hot water with the law. So…thanks, “C. Spivvey”. You’re clearly helping Mr Taylor stay out of prison.

We had to stifle a chuckle at Mr Taylor’s claim that “all his videos are satire and parody, published to highlight controversial and taboo subjects such as satanic ritual abuse, child-abuse and false-flag events”. Because ritual abuse and child abuse are inherently hilarious subjects, highly appropriate topics for satire and parody. We’re glad that Mr Taylor understands this.

Also: is “C. Spivvey” claiming that both Mr Taylor and deputy PM Damien Green are innocent of downloading any illegal pornography? Just asking.

We won’t even bother correcting “C. Spivvey” on his many errors here, except to note that he’s now saying that, contrary to his statement that he is a creator of satire and parody, Mr Taylor is claiming that Satanism (including, we presume, alleged “Satanic ritual abuse”)…

…is the most pressing danger facing society over and above terrorism, disease and global warming….This is about good versus evil, God versus Satan. I’ve been fighting and highlighting police corruption since 2012. The nightmare I now find myself in is a direct result of the corrupt police fighting back.

Actually, might we be so bold as to suggest that the nightmare in which Mr Taylor now finds himself is a direct result of the fact that he seems unable to control his insatiable desire for public attention?

We did wonder (okay, not really) who “C. Spivvey” might be, and so we clicked on his byline in the above article, and found the following: 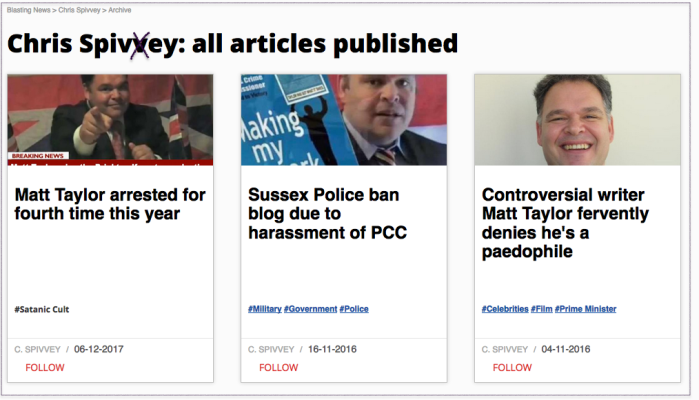 To our utter shock and dismay, we discovered that the sole topic covered by “C. Spivvey” is…Matt Taylor!

Isn’t that an astonishing coincidence? We certainly think it is. And we suspect the Sussex police will share our opinion.

Here’s a tip for “C. Spivvey”: when people are arrested for things like malicious communications, their bail conditions usually have a little something to say about discussing the people they’ve allegedly been maliciously communicating about. In general, it is extremely unwise to violate those bail conditions, lest one find that further charges might be added to the original, thus compounding the person’s problems.

As dear old Ma Coyote used to say, “When swimming in deep water, one ought to keep one’s mouth shut”. 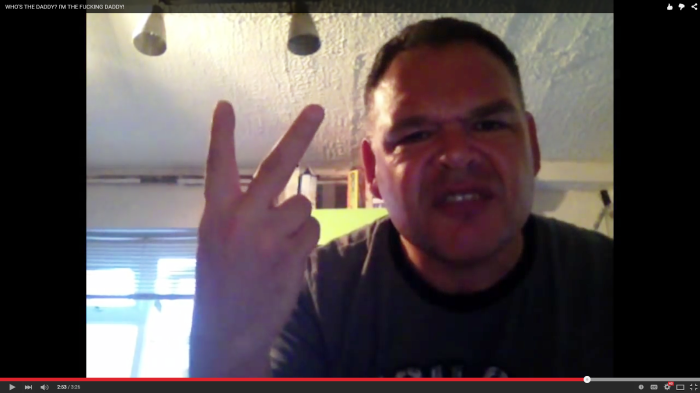