So. Apparently Robert Green, mouthpiece for those poor deluded souls who cling to belief in the Hollie Greig hoax, has now decided that when it comes to breaching his gagging order, once just isn’t enough.

Yesterday we reported that Mr Green had written an open letter to Nick Ferarri, host of LBC’s morning show, claiming that Hollie Greig had indeed been the victim of a Satanic paedophile ring.

As if to seal the deal and ensure the Scottish authorities have plenty with which to charge him, he has now written another open letter in which he challenges former SNP leader and First Minister of Scotland Alex Salmond to a debate about the Holliehoax.

With regard to my previous email, may I propose a very simple method of highlighting the true facts and resultant issues before your listeners ?

I would like to suggest a live public debate with Alex Salmond on LBC over the Hollie Greig case in general and his involvement in it. I am also wiling to take any questions from members of your audience.

I would also stress that I would neither ask for nor accept any payment whatsoever from LBC for my contribution. My only motive is to place information before your listeners in order to enable them to make up their own minds about this extraordinary matter.

Since my false arrest and subsequent unsound conviction, which are currently being in the process of being formally challenged, I have spoken widely and publicly across the UK, including Scotland and on radio about the case, my only restrictions being that I should not repeat the accusations relating to the identities of those named by Hollie, nor should I seek to make contact with any them.

The other many issues have been presented openly by me without any problems at all.

I look forward to your response and trust that Mr Salmond will not avoid the opportunity I have offered to him of facing me.

The second letter may be found on the HollieGreigJustice.uk site, which seems to be run by Manchester-based George Kouris, aka George Greek Trucker, who is marginally more literate than his goon Malcolm Konrad Ogilvy.

As with the first, this open letter will be reported to the correct authorities. 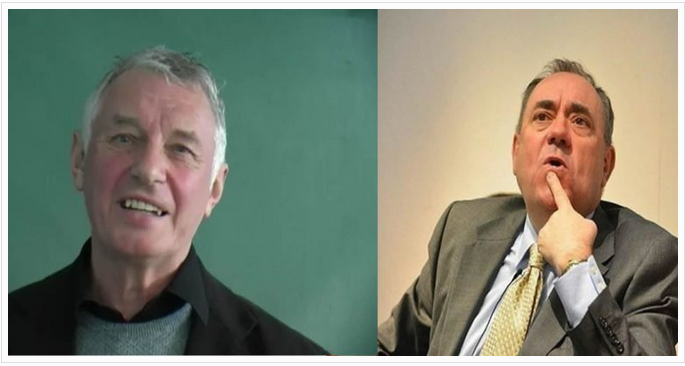