Nathan Stolpman’s fans are revolting. And they’re also seriously annoyed with their lad, who released a video on Friday enjoining them to “Forget John Podesta #Pizzagate #Pedogate”.

Whilst driving down a highway, Nathan offers some surprisingly thoughtful thoughts:

Forget about John Podesta. We’ve seen enough from these charlatans, y’know, like David Seaman talking about arresting John Podesta, for what? We don’t have anything on John Podesta. The emails were always a psyop. The emails were picked up by David Seaman, Alex Jones…kids in a hot tub, it’s always bullshit, the code—there was real stuff!—around the pizza shop, the logo on Besta Pizza, Tony Podesta collects disgusting art…um…Marina Abramovitch creates disgusting art, or ceremony, or ritual, these things are all true. But…John Podesta hasn’t been connected to anything. I mean, other than having…done a fundraiser at James Alefantis’ pizza shop, and being connected to the Clintons and everything else, there’s a lot of circumstantial stuff, but there’s just nothin’. …It’s a way to discredit people who are looking into child sexual abuse, satanic ritual abuse, Monarch programming, MK Ultra….

Okay, so he goes a little off the rails after making sense for a while.

Don’t get us wrong: we still think Nathan is a brainless jackass. And he still hasn’t seen the error of his ways vis à vis the Hampstead SRA hoax, though we’ve heard that he has been trying to arrange an interview with both Abe and Ella so he can ask them “hard questions”, whatever he means by that. [Haha, good luck with that!—Ed.]

What interested us more than Nathan’s U-turn on Pizzagate is the overwhelmingly negative response he has received from his followers so far.

And that’s just a small taste.

Nothing new there, of course. We’re very accustomed to the “if you don’t believe in our fairytale you are clearly a paedophile/pervert/government operative/disinformation agent” argument from those of the troofer persuasion.

But we think it demonstrates rather nicely the way the Cult of the Worldwide Satanic Child Sex Abuse Conspiracy™ deals with heretics: one false move and they’re all over you like a cheap suit.

Many moons ago, Scarlet Scoop posited that while those who belong to the Hoaxtead mob might screech and point quivering fingers at those named by Abe and Ella as “members of a death cult”, in fact their own behaviour is extremely cult-like.

According to Dr Arthur J. Deikman, author of The Wrong Way Home: Uncovering the Patterns of Cult Behaviour in American Society, cults are essentially authoritarian: “obedience and hierarchical power tend to take precedence over truth and conscience when they conflict, which they often do”. Dr Deikman points out,

What I wish to stress is not that every group is a cult, but that cult thinking is the effect of psychological forces endemic to the human mind, and that these forces operate in the everyday life of each of us; they distort perception, bias thinking, and inculcate belief.

A true cult, of course, will have a leader, guru, or what-have-you—people whose higher status in the group affords them the ability to dictate the cult’s beliefs, and receive members’ adulation. While we could stretch a point and say that Abe and Ella perform this function in Hoaxtead, we don’t really see them as group leaders. In fact, Abe’s unpopularity even amongst True Believers in Hoaxtead has nearly proved their undoing. These days, they tend to shove Ella out in front of the cameras, as she is a slightly less repulsive character than her boyfriend.

However, while we wouldn’t go so far as to say that members of the Hoaxtead mob are in a cult, we can certainly say that some of their behaviours resemble behaviours of those in cults.

Pizzagators/Hoaxtead mobsters all tend to exhibit compliance with their own chosen group. Internal dissent is stifled, because it casts doubt on the group’s “specialness”—in this case, their supposed ability to grasp amazing facts that the rest of us cannot perceive.

In the same way, external dissent is devalued: when an outsider tries to make statements that contradict the beliefs of the group, the outside must be driven away. That’s where all that name-calling comes in. It’s basically a way of trying to drive out differences of opinion, which would threaten the stability of the group.

Group compliance preserves security by supporting the beliefs crucial to the fantasy of superiority….Outsiders, non-believers, are excluded and devalued for they do not believe what the group believes; if the group…(is) superior, the outsider is inferior. …

Devaluing the outsider is probably the most common cult-like behaviour in everyday society, where it takes the form of regarding one’s opponents as if they were a homogeneous group with only negative traits. Bad motives are attributed to the other, but not to oneself. This devaluation is usually done by designating the adversary as, for example, “stupid,” “rigid,” “lazy,” “reactionary,” “bleeding heart,” “cold”.

He focusses on the power of the group to shape human behaviour, and speculates that this could have its roots in evolutionary psychology. Humans have long found that congregating in groups gives us an evolutionary advantage, as we can turn to our fellow group members for support and protection. “As banishment from the larger group could endanger an individual’s survival, an acute sensitivity to the group’s wishes and requirements probably carried an evolutionary advantage”.

Obviously, there’s nothing wrong with people joining groups; but groups which internally reinforce false beliefs or toxic behaviour can quickly become very damaging to their members. And when people have few or no friends outside the group, the group can begin to have total control of its members’ thoughts, actions, and beliefs.

So poor old Nathan has violated the unwritten code, in telling his fellow Pizzagators that the very thing they most wish to believe in is in fact a complete crock of festering shite.

He’s right (well, except for that whole psy ops business), but that’s not going to earn him any praise from his fellow group members. Predictably, they have linked arms and rushed to denigrate the heretic as forcefully and convincingly as they know how.

What they don’t realise is that they’re saying almost nothing about Nathan and his beliefs—but they are offering the world a fascinating glimpse into the cult-like behaviours manifested by their group. 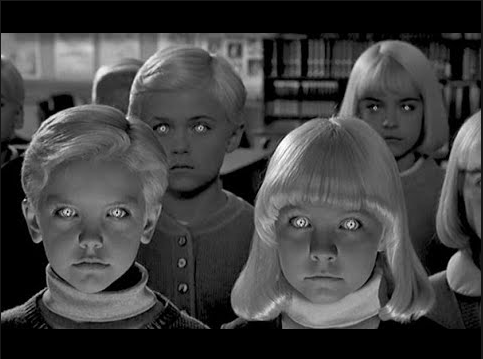