It was barely a matter of hours. The horrendous bombing at Manchester Arena, which killed 22 people, had only been in the news for a few hours before the first unhinged troofers began decrying it as a false flag. Or a hoax. Or (in Angela Power-Disney’s case) a false flag and a hoax.

It’s behaviour we’ve come to expect from this lot. Every time there’s a mass tragedy like the Manchester Arena bombing, the hoaxers pop up out of the woodwork, shrieking and squealing about how it’s all fake, it’s part of the Grand Plot by the New World Order to achieve their nefarious ends (which can range from the imposition of gun control in the trigger-happy USA to a backlash against white supremacists in the mosque shooting in Canada in January, to an excuse to impose martial law and/or give the Tories an edge in the coming elections).

We were interested to discover that Lenny Pozner, father of six-year-old Noah, who was murdered by Adam Lanza during the Sandy Hook Elementary School shooting in December 2012, had spoken with a Canadian journalist a few days after the mosque shootings.

An article in Vice explains:

When any tragedy occurs, humans tend to show the best of themselves.

In response to the Quebec Mosque shooting, vigils were held across Canada in memory of the six men who were shot while praying. Over $200,000 was raised in a GoFundMe campaign for the victims’ families and politicians of every stripe denounced the attack. However, while most of the world was in shock, some set to work discrediting the shooting as a hoax or actively using it to further a xenophobic agenda.

While there is still much we don’t know about the attack we’re starting to get a picture of what happened. According to police, Alexandre Bissonnette, a 27-year-old Quebec man, walked into the Centre Culturel Islamique de Québec and fired into a crowd, killing six men. We know he called police and surrendered later in the evening. Bissonnette has been described by people who knew him as a far-right online troll, but, at the moment, the motive behind the shooting is still unknown. We likely won’t know the full story until the trial but every day a clearer picture is painted of what happened.

Mr Pozner spoke with host Jim Brown on the CBC Radio show “The 180” about the mosque shooting and those who leapt to claim that it had never happened, or if it had it was part of a conspiracy to discredit Canadian white supremacists (yes, they have them in Canada too, despite that country’s reputation for “niceness”). He describes his experiences in trying to deal with the hoaxers, and offers some fascinating insights into what drives hoaxers, and why “do not feed the trolls” is bad advice.

We highly recommend that you give Mr Pozner’s interview a listen. We think you’ll find he hits quite a few nails directly on the head:

(Here’s hoping this link works! If not, you can find the interview on the CBC site, here.) 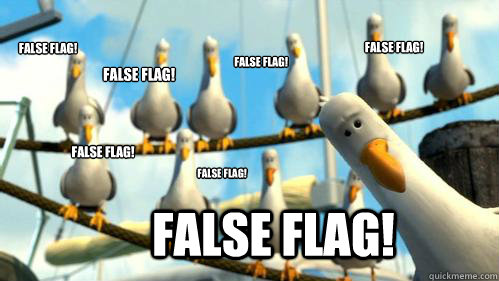