Yesterday we compared the videos of RD’s children with real disclosures from children who’d actually been sexually abused. We noted that RD’s children not only showed no emotions that might be expected to accompany such disclosures—no shame, no guilt, no anger, no sadness—but also provided far more embellishment and detail than children who’ve really been sexually abused would voluntarily provide.

But that’s not the only reason to believe that the children had been coached, prompted, beaten, and psychologically abused into making false allegations against their father, their schoolmates and families, their teachers, their neighbours…in fact, anyone in Hampstead who’d ever offended Abe and Ella.

What the troofers claim

Believers in the Hampstead SRA hoax state, “No child of that age could possibly know so much about sex/cult activities/cannibalism/what have you…ergo, they must be 110% the genuine article”. As long-time reader Justin Sanity points out, though, the argument that the children appear to know so much about so many child-inappropriate things is in fact another Achilles’ heel for Abe and Ella.

…and why it’s wrong

Abe and Ella are both recorded therein, blatantly discussing such subjects in the frankest manner WITH the children, and also between each other and/or Jean-Clement, IN FRONT OF the children during the same conversations!

And these discussions are not confined to merely soliciting statements from the children about their alleged experiences relating to these subjects, or discussion of the children’s responses – they also include both Abe and Ella expounding on their own personal knowledge about these subjects, going far beyond simply clarifying or “fleshing out” a child’s statement and demonstrating that both of them, (Abe especially), believe they possessed a generic expertise in all of these subjects long before the children’s alleged ‘disclosures’. It is very obvious that the children’s disclosures didn’t teach Abe & Ella everything they know about these subjects that isn’t specific to their allegations about Christ Church, and that both of them had been discussing their own understanding about such things, with each other in front of the children AND directly with the children, for some time.

Perhaps just as important, everything these kids might appear to know about all of these topics is WRONG. They don’t appear to possess any knowledge, (or experience), of child prostitution, CSA image and ‘snuff’ video distribution, paedophile rings, body art, satanism/ “satanic ritual abuse” /cults and cult practices, child murder/ sacrifice, or cannibalism that would be corroborated by the valid & documented reality of these things, in Western Nation societies. Everything the kids “know” is clearly derived from the urban legends and conspiracy theorist mythologies about these subjects, accumulated over the last 40 years. In fact, their understanding of these things perfectly reflects obsessive conspiranoid Abe’s own understanding of them.

And of course, many of the persons who are exposed to the Hampstead Hoax videos or propaganda will have been exposed to the same urban legends and conspiracy theorist mythologies about these subjects, because the internet is saturated with re-tellings of them in a variety of guises. So they recognize something RD’s kids are alleged to have said, corresponding to their own ‘mature’ & ‘informed’ knowledge about it and are amazed – how these little kids possibly KNOW about these things, without having experiences them? They don’t understand that the real sources of what the children appear to know are Abe & Ella, and that Abe has been obsessed with all the same conspiranoid info that their own misinformed understanding of these subjects came from.

So basically, the children are parroting the skewed and incorrect ideas that Abe and Ella have taught them. And these ideas resonate with what conspiracy theorists already believe—because they all come from the same source.

It’s a closed loop, in which Abe and Ella have absorbed material from what’s available on the internet about the subjects of child prostitution, CSA image and ‘snuff’ video distribution, paedophile rings, body art, satanism/ “satanic ritual abuse” /cults and cult practices, child murder/ sacrifice, or cannibalism. They discuss this with, and in front of, the children—and they teach the children, via coaching, physical and psychological punishment, threats, and sleep deprivation, to repeat this false material on command.

Conspirasheep “get it” right away, as this is material they’ve all read and discussed amongst themselves…but to those of us who live in the real world, the claims the children have been forced to make sound fantastical and bizarre, because they are.

What do troofers believe?

The other day, we mentioned Marion Knox as one source of Abraham Christie’s bizarre, sexualised view of “satanism”. We should have known that Justin would know Mr Knox’s story:

I’ve satirically mocked Marion Knox as an uneducated farm boy, but this is also literally true of him. Knox grew up in a farmer family, and became a grass-seed farmer, a construction worker and a gospel singer. That’s really the extent of his claims to fame, education and qualification for presuming to ‘counsel’ people on subjects like satanic cult beliefs & practices, child sexual abuse, mind control programming or multiple personality disorder.

Just how ignorant, ill-informed and misinformed Knox was, is illustrated in this interview:

K: “…this is my impression: the most vulnerable age for preparing a person for mind control is between two and four years of age because of the development of the child’s mind at that age. Traumatic things can damage them worse than if they were younger or older. Also, in order to be programmable there needs to be a change in the way their mind works between two and four. That change can only be achieved by sodomy”.

“What is it about sodomy that does that”?

K: “It attacks the nerves at the base of the spine and causes something neurological to happen within the brain. It also has a spiritual, demonic component to it that affects the person’s mind in a way that nothing else will, as near as I can tell. In other words, I would state it this way: for a person to be able to develop multiple personalities, they would have to be sodomized between two and four”.
“…This goes back to Nimrod. This is the Egyptian initiation of the child to open the third eye”.
“I don’t believe anybody can become fully illuminated unless they have been sodomized at around three years of age. If they wait to touch that person until they’re ten, twelve, fifteen years old, they will never be fully illuminated because you can’t open the third eye after about five or six years of age”.

Well. Wouldn’t the hundreds of millions of Hindu & Taoist practitioners, over the last 3,000 years, be disappointed to know that they were all wasting their time, or that their “attainment” was simply a delusion, if they weren’t anally raped as a toddler? Someone should have told them!

And anyone diagnosed as MPD or DID over the last 50 years, who wasn’t anally raped as a toddler – they were all duped as well it seems. And this makes every CIA mind-control sex slave victim claimant, who stated that their abuse-based ‘programming’ started after 4 yrs of age, a lying fraud I guess. Good to know.

“Sodomy puts them into a trance where you can program in directly to the subconscious memory file without any interference of the conscious mind. Sodomy is what puts the person into that state where you can do it.
You take a three-year-old child, untouched. Somebody sodomizes the child, the guy’s name is Joe. Now, all of a sudden the child has a sodomy demon called Joseph riding with him. That thing was conceived or reproduced from the Joseph demon that the man had who sodomized that child. Where’d it come from? It was birthed in the child’s mind by the act. It didn’t have to come from anywhere; it just was birthed, reproduced right there. The child was given a copy. Joe is like a copy machine that can reproduce another copy. I don’t feel all demons are that way, but that kind are. They don’t live in the bloodstream, they don’t live in the genes; they live in the mind”.

Oh yea! Sodomizing someone, not just a child, “injects” a demon copy of YOU into their mind and soul. Multiple personality “alters” aren’t a result of traumatic dissociation, they are sodomy demons, and an Illuminated sodomite can customize them so that they ‘program’ you to do whatever they want. This is some of the most ignorant, made-up bullshit I’ve ever heard. There is NO documentation, that any known occult practitioners or pedophile ring perverts ever believed this or attempted to practice it.

So, Abe is obsessed with sodomy. He therefore coaches RD’s kids to describe an anal-sex-obsessed satanic abuse cult in their allegations. Abe then takes his sodomy obsessed mind-control cult theory from Knox – because he only has conspiracy theorist ‘knowledge’ of the subject and doesn’t understand that Knox is a poser and a fantasist.

Conspiranoids watch Abe’s videos and think the kids’ allegations validate Abe’s cult theory, or they read Abe’s sodomy mind-control cult theory and think that validates the kid’s allegations. In either case, a fantasist’s misinformation generates a self-reinforcing circularity of belief.

For a great expose on Marion Knox, and the havoc his false pretensions to knowledge and spiritual insight caused in other people’s lives, go here:
http://democratherald.com/news/local/a-family-torn-apart-part-in-a-series/article_6bba59c8-89bf-11e0-9feb-001cc4c002e0.html

And around and around it goes, with gullible, misinformed/ill-informed conspirasheep gasping at the “amazing” ability of two children who’ve been forced to repeat the sick fantasies of their mother’s boyfriend…which just so happen to mesh almost perfectly with their own beliefs. No wonder the conspiranoids can’t be persuaded that it’s all just a cheap, cynical hoax: they bought the hoax long before Abe and Ella came along. The Hampstead SRA hoax merely confirms what they think they know. 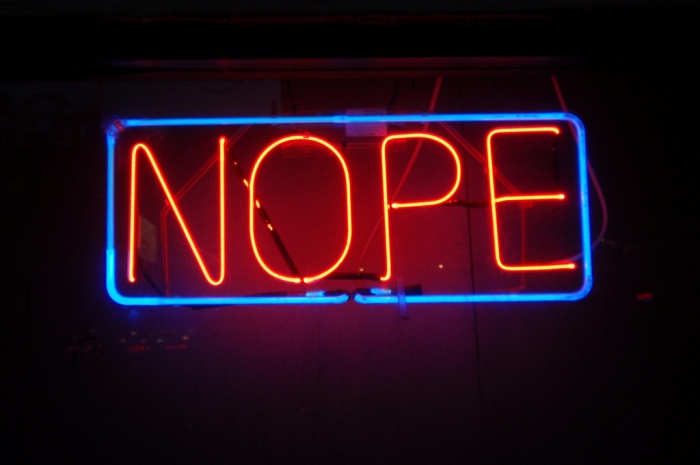 120 thoughts on “‘No child could know that much’: A circular argument”