Anyone who has posted on YouTube about the Hampstead SRA hoax will likely have run into a very unpleasant character called Atya Sca. This person has been an acolyte of Abe and Ella almost since the start, and no YouTube comment thread on the topic of Hoaxtead is really complete without one of their creepy, Bible-thumping threats. Here’s just a tiny sampling:

Atya Sca has also started naming a YouTuber who is fighting the Hampstead SRA hoax. Presumably she thinks that naming this person will terrify them into stopping:

If one were to draw any conclusions from this assortment of frothing-at-the-mouth pseudo-Christian gibberish, we might assume that Atya Sca is perhaps an older person who belongs to an Evangelical or fundamentalist church and spends their spare time making drawings of fiery pits and little red men with pitchforks.

So it might surprise you to learn that we’ve tracked down the “real” Atya Sca, and she doesn’t seem to fit any of those stereotypes.

Atya Sca is a 36-year-old woman named Robyn Renee Hamme, who lives just around the corner from the local WalMart in the town of Leland, North Carolina. She is employed by Emergency Services in that area, and previously worked with an organisation called Coastline Rescue Squad.

Robyn appears to be the fun-loving type: many of her photos involve herself or her mates getting piss-drunk and slobbering over one another and grabbing various body parts. All in good fun, of course: 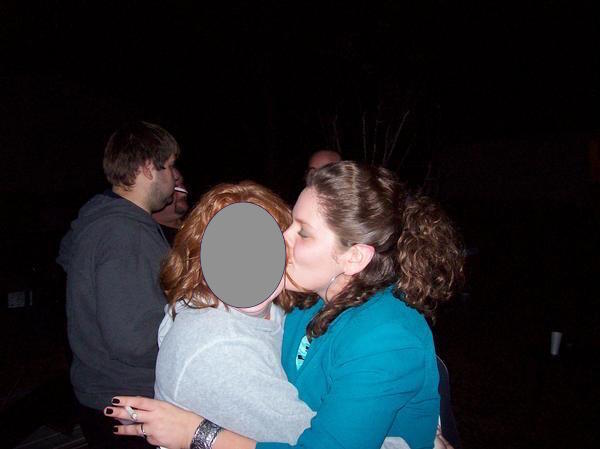 In fact, drinking seems to be something of a hobby of Ms Hamme’s. We were initially puzzled by this next shot, but all eventually became clear…too clear, really. 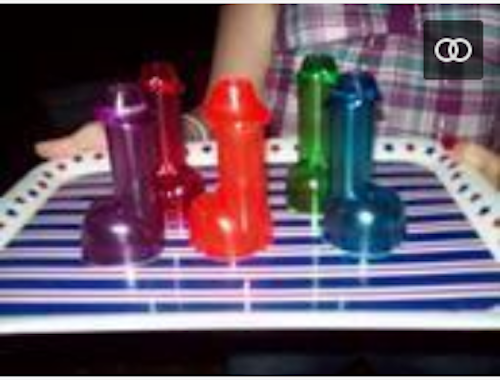 We discovered that Ms Hamme’s tendency to over-imbibe has landed her in trouble with the law on more than one occasion.

In April 2014, she was picked up for “driving under the influence/driving while intoxicated” (DUI/DWI):

Fortunately, according to this report, she didn’t kill or injure anyone that time. However, in November of the same year, only six days after her trial for DUI/DWI, Robyn was arrested again, this time for “simple assault”.

She seems to have got the worse end of things, judging from her police mugshot.

And that’s not all!

For someone who’s so concerned about Satanic sexual abuse and incest, Ms Hamme seems remarkably cavalier about the subject: 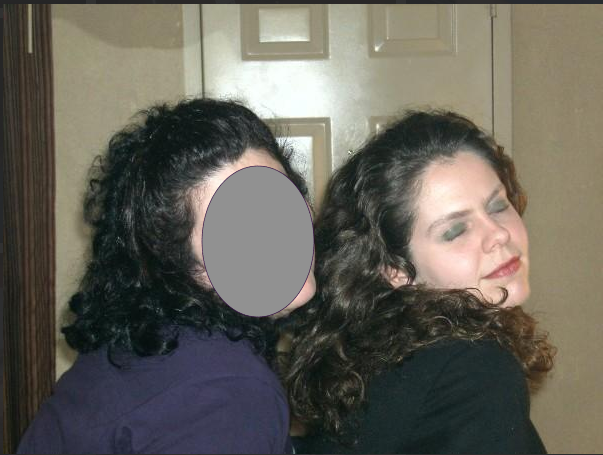 On Ms Hamme’s MySpace page, this shot is captioned, “Incest is best!” Nope. Not kidding.

The next shot really needs no explanation: 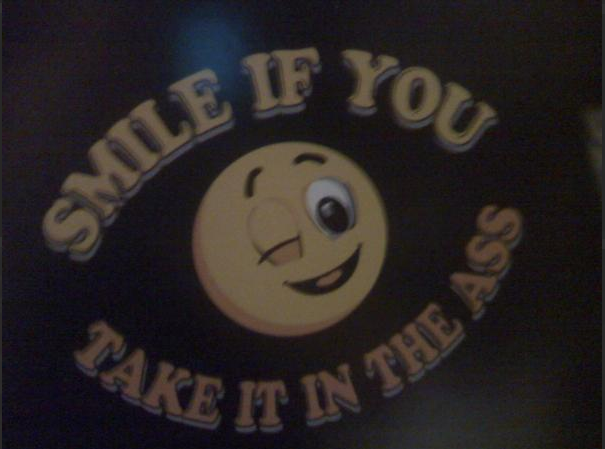 On Ms Hamme’s MySpace page, she has captioned this, “PRICELESS!” And just in case the message wasn’t perfectly clear…

And then there’s this one: Funny that someone so seemingly obsessed with Christianity and Biblical themes would see fit to display a hand-signal that’s often taken to represent Satan, no? In fact, she seems to really like it:

You can learn a lot about a person online…

We’ve shared just a few of the fascinating pictures that we found concerning Robyn Hamme/Atya Sca, and they paint a rather grim picture: a young(ish), sexually confused woman with an alcohol problem that has led her into some questionable activities, and has brought her into more than one conflict with the law. Someone who had to be arrested for assaulting someone else shortly after receiving a drink-driving conviction. Someone who preaches about child sexual abuse but mimics “incest”, drinks out of plastic dildoes, and thinks “taking it in the ass” is “PRICELESS”.

Given what we can see, we might be able to join the dots and create a portrait of a person whose life is out of control, who feels angry and bruised by what life has handed her, and who has therefore turned to slandering and threatening other people, projecting her self-hatred outward and attacking strangers for no reason. Someone who has adopted the mask of a religious zealot to conceal her own sense that she is an irredeemable sinner.

That might be the truth, or part of the truth.

But the reality is, we don’t know Ms Hamme in any real sense. We can dig to our heart’s content for nuggets of information, and we’ll probably find them. We’ll find out what her house looks like, inside and out; whether she has a partner, whether she has pets or children or hobbies. We might even be able to correctly deduce a few things from those facts.

But to claim that we really know Ms Hamme would be utterly false. And to claim that she is this or that sort of person is a very dangerous game.

People such as Ms Hamme (and Kristie Sue Costa, and Charlotte Ward, and many, many others) have made a practice of gleaning bits and pieces of information online—family pictures, business associates, and the like—and have tried their best to create coherent narratives from them. They have a theory—that an entire community in a suburb of London is actually a cult which rapes and trafficks children, and which murders and eats babies. Everything they see about anyone they consider a member of this imaginary cult, they attempt to cram into that false narrative.

They claim that their guesses are reality: we’re thinking in particular of Kristie Sue’s horrific blog post in which she accused RD’s elderly mother and grandmother of all sorts of evil-doing, based on absolutely no evidence other than a handful of innocent family pictures and a great deal of lurid supposition.

Where everyone else might see an older woman and her mother going out for a bit of Christmas shopping, the witch-hunters see a pair of child-raping baby murderers, bent on evil. Where others might see a man laughing while his nephew rides a “bucking bronco” mechanical horse in an arcade, the witch-hunters see a child rapist bent on sodomising the child (in public, with his clothes on no less).

We’re pretty sure that Atya Sca/Robyn Hamme isn’t going to like it that we’ve dug up pictures of her, nor that we’ve painted a picture of her in the way we have. We fully acknowledge that we did this intentionally, ignoring some of Ms Hamme’s less-questionable photos in favour of the ones that seemed to match up with our preconceived ideas of what sort of person she is.

Because this is exactly what happened to the people of Hampstead: complete strangers began pawing through their online photos, joining non-existent dots to create a very ugly picture.

“Ooh, here’s a dad with his daughter…he looks creepy…bet he’s a paedophile!” “Oh, check this out, this person’s abstract background photo looks very phallic…bet those are meant to be dildoes!” “They’re on holiday in Spain. Isn’t that where a lot of criminals hang out? I bet they’re baby traffickers”. “OMG, you have to see this: a teacher in a pub…with other teachers! They’re clearly all friends…friends of SATAN!!!”…and so on.

And if the people being “investigated” dared to shut down their social media accounts, or closed them from public view, it couldn’t possibly be because they valued their privacy and that of their children. No, it must be because they were guilty! They had something to hide! They were squirming!

So maybe Ms Hamme isn’t an alcoholic sociopath at all. Maybe she’s just a normal person who likes a bit of fun with her friends, and enjoys horsing around on camera. (And when she gets online, because she’s safely behind a mask, she thinks it’s okay to harangue perfect strangers who disagree with her…but that’s a whole other story.)

Our point is: it’s not much fun, having strangers poke through your accounts and draw conclusions about your life. And the conclusions reached are, more often than not, partly or completely wrong.

Atya Sca/Robyn Hamme, you might like to think about that, next time you start pointing fingers and screaming at people you don’t know, have never met, and about whom you have no personal knowledge. Before you cast the stone of blame, think about what it might feel like if it ricocheted off the nearest wall and came back to hit you.

141 thoughts on “Dragging a Hoaxtead mobster into the light: Atya Sca”