It’s hard to live in the UK and remain unaware of the case of Samantha Baldwin, the Nottingham mother who fled family court while the judge was reading his judgement, grabbed her two children, and went on the run from police for nearly two weeks.

The facts of the case are laid out in this unusual short public judgement, made on 10 April 2017 by HHJ Lea:

The strong presumption in favour of open justice which applies generally to Court proceedings does not apply to proceedings which are held in private and relate to children. The default position is one that by statute and rules prohibits the dissemination of any information relating to the proceedings unless the Court directs otherwise: (In Re W) (children)[2016] EWCA Civ 113. In this case I exercised my discretion to allow a controlled degree of publicity to assist the children to be found. That does not give the media a licence to report generally about this case.

There has been much ill-informed speculation in some sections of the media. I give this short judgement, as to the essential facts.

This began as a private family law case between a mother and a father. They had separated. They had been in dispute over the amount of time that their two boys should spend with the father.

In December 2014, the mother alleged that the father had sexually abused his sons. The father adamantly denied that he had done so. The police investigated. Given the seriousness of the allegations, all contact between the father and his sons stopped. There was a fact-finding hearing to decide whether the allegations were true before me in February 2017. I heard evidence over twelve days. I heard from the mother and the father who both had experienced senior Counsel to represent them and fourteen witnesses. I had regard to over two-thousand pages of documents. I heard oral submissions from the advocates on the evidence I had received. I made a prohibited steps order against the mother with her consent that she would remain living at her stated address with the boys.

I reserved judgement to Monday the 27th of March.

In the middle of delivering my judgement on that morning, the mother abruptly left court. It is now apparent that she picked up her sons from an unknown location and disappeared with them. This put her in breach of the Court order.

The police are investigating how she did this and I make no further comment save that it is my assessment that was plainly pre-planned and carefully executed.

The mother intended to prevent the court from taking decisions as to the arrangements that should be made for the boys in light of my findings.

I made a number of specific findings in my judgment.

At the beginning of that judgment, I set out the respective positions of the parents in these terms: “This is a calamitous case. The two boys that I am concerned with have either been grossly sexually abused by their father, members of the father’s family, and a number of his male friends. Or, in all probability, they now have a false belief that he, his family and friends have done so. On either basis the consequences for the emotional and psychological wellbeing of these boys may well be catastrophic.”

In my judgment I found that the father had not perpetrated sexual, physical or emotional abuse against the boys as alleged by the mother, or at all and that the allegations made by the mother were false.

I also found that the mother genuinely believed that he had done so, but that her belief was irrational and that the evidence of abuse was unreliable.

I also made a finding that in order to try to prove her case against the father the mother had caused the boys to ingest substances that would give rise to a positive testing for benzodiazepine products and zolpidem.

It is not uncommon in contested family proceedings, that one side, and occasionally both sides, are of the opinion that the judge’s decision was wrong. It is open to such a party to ask the judge himself or the Court of Appeal to give permission to appeal against the decision. What is not acceptable is for a party to attempt to obstruct the court’s decision by removing children, as I am satisfied that this mother did.

There was understandable concern given my findings as to what the mother might do. I made a recovery order empowering the police to find and keep safe the children. I authorised the release of the names of the mother and the boys to assist the police to find them. The mainstream press and media gave some very helpful coverage. As a result a tip-off from a member of the public enabled the police to find the boys. They are now in the interim care of the local authority. I now have to decide what care arrangements should be made in the best welfare interests of these boys. They could not immediately return to their father. I am very concerned as to the impact of continued press and media intrusion into their lives. They need to be protected from much of what has been inaccurately reported about their parents and about what has happened to them.

I deliver this judgment in open Court to summarise my principle findings.

Any reporting should be limited to the facts set out in this judgment.

As family barrister Lucy Reed points out in her post on The Transparency Project blog, it is now clearer why

the sudden disappearance of the mother on the day judgment was delivered left the judge very worried. The mother had a history, he had found, of drugging her children in order to “prove” abuse that she could not otherwise substantiate. What else might she do? The mother’s own irrational belief had potentially left the children wrongly believing their own father had abused them. So, on the facts as found, the children were at clear risk of emotional and physical harm.

During the time when Ms Baldwin was on the run from police, her supporters started a Facebook page titled “Justice for Samantha Baldwin”, in which the beginnings of a witch-hunt against the children’s father, his family, and friends has already begun to take shape.

Despite a 12-day-long hearing which exonerated the father from any wrong-doing, her allegations against him have been repeated and expanded upon by members of the Facebook group, and in particular by a person named Richard Carvath, who describes himself as an “investigative journalist”—though on his blog he states that he “supplies accredited research and intelligence to others (thus tending not to write finished articles for general publication under his own name)”.

On his Twitter stream, which appears to be co-written by himself and someone with the initials “OB” or “OBO”, Mr Carvath has claimed that the father in the Samantha Baldwin case is in fact (guess what?) a member of a network of “Satanic ritual child abusers”.

At the beginning of the video he states that he’s received two court orders via email, but that his email is somehow broken…so he has not received them. He does seem to be aware that he was due to appear in court on Monday last, but claims that the court must “surely have known that there was no way I would have been able to attend on that date”. He does not explain how, if he had no access to email, he somehow “was aware” that he was wanted in court; nor does he state why it would have been impossible for him to attend.

“I absolutely back the innocent family who are the victims in all of this. The truth is very much on their side. I believe that the judge in this case ought to have recused himself a long time ago….I think it’s important to make the point that what we’re dealing with here is a serious and organised crime network. We’re talking about Satanists, we’re talking about paedophiles, we’re talking about people who are both of those. All of these people, in policing terms, warrant a classification as serious and organised criminals”.

Mr Carvath’s statements put us in mind of videos and blog posts we began watching and reading two years ago—we think it would be not unfair to liken Mr Carvath’s efforts to those of Sabine McNeill.

Where will this case go now?

Mr Carvath and those who follow the “Justice for Samantha Baldwin” Facebook group appear determined to turn this case into the next Hampstead SRA hoax: in fact, Mr Carvath has made the direct comparison himself.

To be sure, we’ve noted similarities ourselves, albeit on a smaller scale than Hoaxtead:

Unlike Hoaxtead, no evidence has turned up to suggest that the entire thing was planned from beginning to end; rather, it would appear that the mother genuinely believed that her children had been sexually abused, and that only she could protect them. And of course, unlike Ella and Abe, the mother in this case was apprehended by police and taken into custody—had that happened in the Hoaxtead case, things might have turned out quite differently.

We do note that the dreaded “mainstream media” has undergone a significant shift in tone since HHJ Lea’s statement earlier this week: headlines like “Samantha Baldwin ‘gave her children drugs and made false abuse claim against dad‘” have replaced earlier ones like Sue Reid’s screeching “A secret court prevents us knowing the truth about the missing mother who has been arrested after running off with her two boys – but her loved ones say she is a great mum as they reveal they were thrown in cells and had their homes raided“. [Who writes the Daily Mail’s heads, and could they please stop? —Ed.]

That said, we’ll be keeping a close eye on this case.

And we sincerely hope that the police and courts have learned their lesson from Hoaxtead, and will take firm, timely steps to squelch further harassment of the father and his children by well-meaning—and not so well-meaning—individuals. 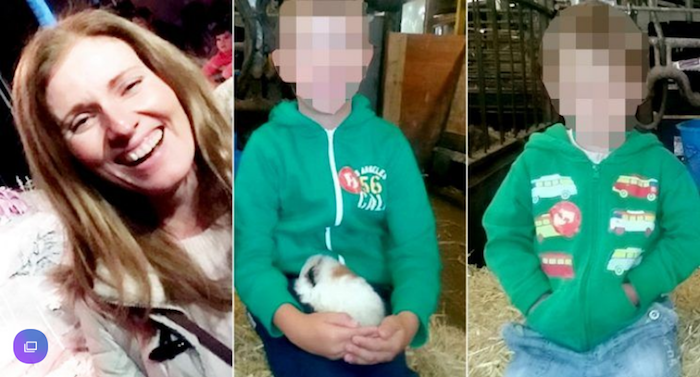