Yesterday we learned that one of our longest-standing supporters, James Hind, aka Satanic Views, had been accused of sending harassing messages to Rupert Quaintance. To say we were surprised would be a gross understatement: James has strong opinions which he’s not afraid to express, but we’ve never witnessed him actually threatening or harassing anyone.

James has been in touch with the police over this allegation, and is confident, as are we, that he’s done nothing wrong. He has written on his own blog about it, under the title “Satanism and Child Abuse”. We recommend this article, which spells out James’ position very clearly.

What we can learn

While we’re very sorry that James has been singled out in this way, he raised some excellent points in his comments yesterday, which we think have relevance here.

Since we began this blog in May 2015, we’ve been the unwilling recipients of a multitude of death threats. In fact, we maintain a page here dedicated to these threats; here are just a few examples:

It’s sometimes hard to know exactly how to respond to this sort of thing. The natural human response is either fight or flight—lash out or run away.

But we’ve found that neither of those responses is really very satisfactory.

Lashing out, responding in kind, just puts us on a par with those we are fighting against. They believe that they have the right to purge the world of anyone whose ideas they disagree with; and since we most emphatically disagree with them, they feel justified in labelling us “paedo-sympathisers”, “shills”, or “agents”. If we respond in a similar vein, we simply prove that we are just as wrong as they are—more so, in fact, because we claim to know better.

Running away doesn’t work, either. It’s important to stand our ground in the face of this kind of behaviour, as it illustrates that we have nothing to be ashamed of, and that we know we are on the right track.

On this blog, we tend to respond to threats (of death or otherwise) with sarcasm. Not to mention dramatic irony, metaphor, bathos, puns, parody, litotes and satire. All fair game in our view.

When you’re out on the coal-face

Many of our readers have encountered some pretty vicious responses when they’ve responded to posts on platforms such as YouTube, Facebook, Twitter, or the like. When you’re out there by yourself, threats and abuse can feel much more upsetting than when you’re chatting with your mates here in the comments section. It can be tempting to overreact, just to let the troll know you’re not putting up with any nonsense.

This is where James’ advice comes in: it’s a good idea to familiarise yourself with the law regarding harassment and malicious communications. You really don’t want to find yourself on the wrong end of a charge like that. And worse still, it would suck to be arrested when you feel you were just responding to something that someone else started.

So take a deep breath, and have a bit of a think before you hit “send”.

Things to bear in mind

The Malicious Communications Act 1988 is relatively straightforward: if you send a person a message that’s indecent or grossly offensive, a threat, or information you know to be false, with the intention of causing distress or anxiety to the recipient, you’ve committed an offence under the Act. Any of the above threatening posts would certainly qualify. 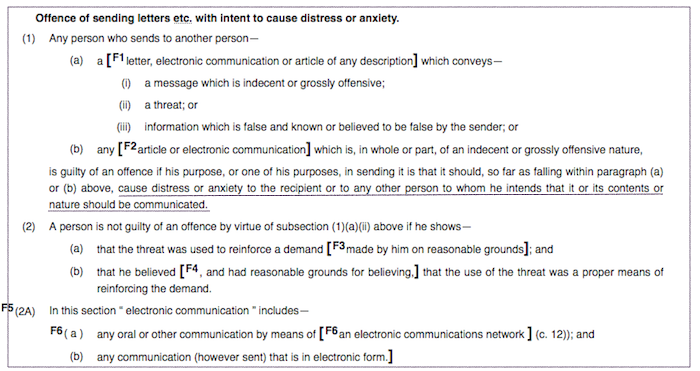 The other Act to keep in mind is the Protection from Harassment Act 1997, which essentially says that it’s not okay to harass other people by sending them material which could, for example, put them in fear of violence. 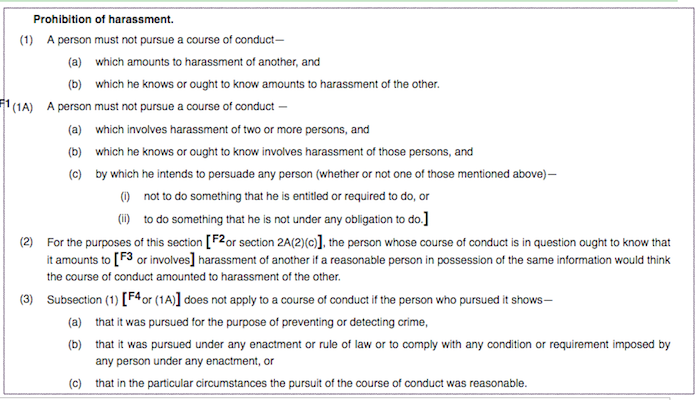 It’s not just about staying out of trouble with the police, though. It’s also important for each of us to know that we are always walking on the right side of the ethical line. After all, what good does it do to fight the good fight using dirty tactics? We wind up resembling the very shit-slingers whose false narrative we challenge every day.

We know that feelings can run high in online discussions of the Hampstead SRA hoax. After all, we are talking about the safety and well-being of children and infants, and most people feel a strong gut reaction where kids are concerned. As well, this hoax has had a strong negative impact upon an entire community, and some of you probably know at least one or two people who’ve been affected. You know the lurid stories about cults and baby-eaters aren’t true, and it can be unbelievably frustrating to try to communicate this to someone on the other side who seems determined to rely on “intuition” and “gut feeling” rather than plain unadorned evidence and logic.

We’re very sorry that James is having to deal with this issue, but we feel it gives all of us—those who write and research material for the blog, and those who read and comment here—an opportunity to think very carefully about how we wish to conduct ourselves. Things can get awfully complicated online, and boundaries can blur, but it’s important to remember who we are and why we’re here.