Yesterday the ever-effervescent Deborah Mahmoudieh posted a video featuring herself (who else?) reading a letter from the IPCC. It seems she’d written them to demand that they re-investigate the police investigation of the Hampstead SRA case, and they had written back to let her know that she had no business sticking her nose into a case that did not concern her. Unsurprisingly, she was not pleased with this response, and spent the majority of her video reading out her response to their response.

McKenzies Devils were on the job, and were able to put together this synopsis of Debs’ diatribe:

Through an amazing series of coincidences, at the very time that Debs was reading out her latest, this blog received a plain brown envelope containing the script for a one-act stage play, titled “Death of the IPCC on Lawful Suspicion of Unlawful Malfeasance”.

We present it here, in its entirety:

A large urban office space. Work stations are set up in rows, separated by large filing cabinets. Each work station has a large computer monitor and keyboard, plus exactly one medium-sized potted plant per desk. Above the door, the letters “IPCC” can be made out. The impression is one of quiet efficiency.

As the curtains open, two women in their 40s are standing centre stage. Ms SMITH is leafing through a sheaf of papers; Ms JONES looks on in amusement.

Ms JONES: What, not her again?

Ms SMITH: I know, can you believe it? Doesn’t this woman have a job? A hobby even?

Ms JONES: (chuckles) I’m sure she’d tell you she’s not lawfully obligated to be employed. Or to have a hobby, for that matter.

Ms SMITH: (exasperated) But seriously, can you believe this? (reads) “While some may consider my reactions as ‘unreasonable’ the reality is, the United Nations has listed crimes against children, as a ‘crime against humanity'”. I’ll tell you what’s a bloody crime against humanity…people who take up my time with utter….

Ms SMITH: I know, it’s just that I told her last time…

Ms JONES: …to piss off and stop bothering us with her ridiculous ‘appeals’? I know, I helped you write the letter, remember?

Ms SMITH: You did. Well, you promised me a free round at the pub if I could do it without kicking something. Same thing, really.

Ms JONES: Indeed. So what’s she after this time? Let me guess, she didn’t like your answer…

Ms SMITH: She most certainly did not. When I—we—told her to piss off last time, I pointed out that she had no right to request a review of the investigation, because she wasn’t directly affected by the case. So doesn’t she come back and say, “In trying to deny my complaint on the grounds that I am not directly affected, the IPCC has not taken into account the severe emotional and psychological impact on the public, when police have failed to act on fully satisfied arrest criteria, and have instead coerced child-witnesses into giving false retractions about abuse which at the time was already confirmed by medical evidence”. This is the kind of ignorant faux-legal mumbo-jumbo that gives me nightmares, really it is. Oh, and did you know that “crimes against humanity are a public concern”? Give me strength….

Ms JONES: Of course, of course. So…how many this time?

Ms SMITH: I lost count. Hang on, let me check.

Ms JONES (who started giggling hysterically about halfway through the list): Stop! Oh God, stop…I’m going to choke, I swear….

Ms SMITH: I tell you, I starting to lose the will. How am I going to get out of writing her back? She’s going to be slung round my neck forever at this rate, like some sort of deranged albatross!

Ms JONES: Have you thought of emigrating? I hear the weather is nice in Australia.

Ms JONES: Sorry, sorry. Right, look, I have an idea. (whispers something)

Ms SMITH: (looks shocked) Oh, I couldn‘t! That would be just too cruel.

Ms JONES: So you want to write her yourself, then? Forever and ever, lawfully bound to this lawfully flaming loony until lawful death do you lawfully part?

Ms JONES: I don’t know, I didn’t catch it yesterday. Jessica something. I think.

Ms SMITH: (walks to one of the work stations and plops the file folder onto the desk) This still doesn’t feel quite right…

Ms JONES: Pish-posh. It’ll be good for her. Teach her to sort the wheat from the chaff. Now come on, get your coat.

Ms SMITH: Where are we going? We haven’t even started work yet!

Ms SMITH: Right, got it. Don’t want to be here when whats-her-name gets in. I’m buying!

(Both dash off stage left, giggling like schoolgirls. Within seconds, JESSICA enters stage right and picks up the file from her desk. As she opens it, her eyes widen and her jaw drops. She looks imploringly toward the audience.) 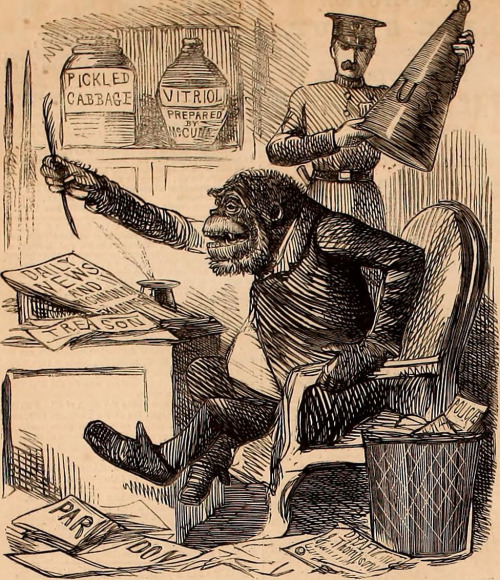