After following “flying vet” Maurice Kirk’s “now you see him, now you don’t” adventures last week, we confess we were intrigued. Kirk has been closely linked with Sabine McNeill and Belinda McKenzie for several years, perhaps most notably via his involvement in the notorious Musa case, in which both parents were convicted of child cruelty.

But Kirk is more widely known as a convicted criminal in his own right. As reported in his 2004 appeal against the removal of name from the register of the Royal College of Veterinary Surgeons, Kirk had racked up quite a spectacular set of offences.

The judgement for that appeal stated:

Mr Kirk’s problem is with people. He combines independence of spirit and a passion for justice with a flaming temper and complete insensitivity to the feelings of others. He sees conspiracies under every bush and believes on principle that all members of the police and legal profession are dishonest and corrupt. He can be abrasive with animal owners and abusive – sometimes violent – towards any of the substantial number of people whom he regards as enemies of justice.

The result of this explosive mixture of admirable and less admirable qualities has been a long series of incidents which have brought Mr Kirk into conflict with the law. They have also produced a succession of complaints to the Royal Veterinary College. Over the years Mr Kirk, without legal assistance, has defended himself against literally dozens of prosecutions and at least two previous disciplinary proceedings. On many such occasions he has been successful and when he has not, he has indomitably paid fines and undergone imprisonment, only to return to the fray.

Kirk’s first arraignment before the RCVS was in 1984, when the College relied upon 17 convictions, including:

The College did not remove Kirk’s licence, but gave him a warning. In 1988 he came before the College’s Disciplinary Committee again, but judgement was deferred.

The 2004 hearing considered cases of assault for which Kirk had been convicted:

But the case that caught our eye was Kirk’s 1997 assault against one Christopher Ebbs, an aeronautical engineer who was exercising a lien on Kirk’s aircraft’s logbooks and other documentation as security for a bill of about £22,000 related to some work he had done on the craft.

They met in a pub to exchange the documents for the money owed. In the course of that meeting, Kirk punched Ebbs and knocked him to the ground; he then said “I’ve got a shotgun and I know where your parents live”.

Mr Kirk‘s evidence was that he asked for his papers and reached over expecting to receive them, but Mr Ebbs fell off his chair. As Mr Kirk tried to help him up, a drunken customer grabbed him. He denied kicking or punching Ebbs or making threats against his parents.

Kirk disputed his conviction for this crime, and the issue of Ebbs’ psychiatric treatment was raised, both in court and before the RCVS Disciplinary Committee.

Now it so happens that Christopher Ebbs, now known as Christopher Alexander, was convicted in 2008 of sexually assaulting a young boy:

A choirmaster who got a sexual thrill from spanking an 11-year-old boy chorister has been banned from working with children for the rest of his life.

Christopher Ebbs, 37, put the boy over his knee and spanked him with a slipper, Gloucester Crown Court heard.

Aeronautical engineer Ebbs filmed the spanking on DVD – and when his marriage later broke up his wife handed the video evidence to police.

The offence came to light, said the prosecutor, when Ebbs had ‘serious matrimonial problems’ and separated from his wife – who then provided police with the video.

When Ebbs’ computer hard drive was checked by police experts evidence was found of his interest in ‘violent bondage as part of his adult sex life,’ said Mr Davies.

The computer showed he had made internet searches for websites involved with bondage, chains, and caning, he said.

In 2012, Kirk was arrested for making threats to kill Alexander/Ebbs: Despite Kirk and Alexander/Ebbs’ enmity, however, in Regina v Maurice John Kirk, 7 January 2014, before His Honour Judge Bidder QC, it is revealed that Kirk offered up as his bail address “28 Sheath Street, Daventry, Northamptonshire”. When a local police officer went to find out whether this would be a suitable bail address, he discovered that it was occupied by one Christopher Alexander, who was known to his neighbours as a convicted sex offender.

Unsurprisingly, the court found that this was not a suitable bail address.

Looking further into this curious choice, we discover that “the address was sent to the court by a Ms McNeil (sic)”, via email.

So we have Sabine “assisting” Kirk by providing the court with Alexander/Ebbs’ address…which she obtained how? Why would she arrange for Kirk to stay in the home of a man he considered responsible for ruining his career? And what would make her think that the home of a convicted paedophile might be an appropriate choice for a person on bail?

So many questions…the mind truly boggles.

We are very curious to know exactly how Sabine is acquainted with Alexander/Ebbs—yet another convicted child molester, adding to the growing list of paedophiles associated with Sabine and Belinda.

And of course we’ve already discussed Kirk’s current involvement with vexatious litigant Terence Ewing, former business partner of Roger Gleaves, the bogus “Bishop of Medway” who indulged in “foul perversions” with two 14- year-old boys and was sentenced to 15 years in prison in 1998, according to The Independent:

Gleaves, of Northumberland Park, Tottenham, north London, was found guilty of rape, attempted rape, incitement of one boy to rape another, and three counts of indecent assault. He was cleared of a further rape charge. The offences took place in the final six months of 1996 and in the following January, when the boys were 14.

So explain to us again: where are the real paedophile rings? 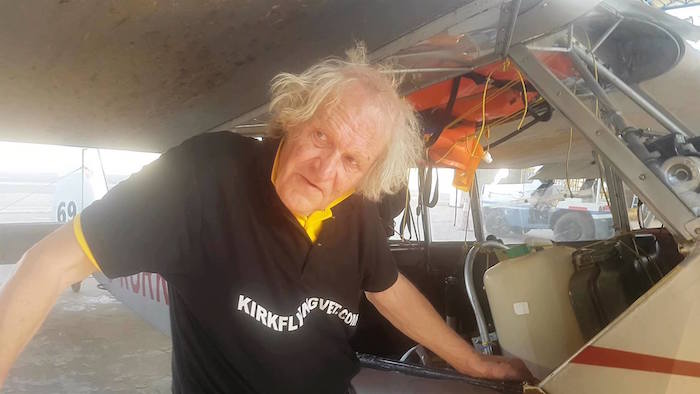