A few days ago, McKenzies Devils put together a couple of very interesting videos, in which they raise a number of important questions about what we’ve been led to believe about an early Hoaxtead pusher, Ray Savage.

Mr Savage had been consigned to the dustbin of history, or so we thought; but in a recent email, noted dowsing and crystal-planting specialist Penny Pullen referred to him as a credible source.

“Oh, right!” we thought. “Whatever happened to him, anyway?”

You might recall that Mr Savage first turned up at the demonstrations at Christ Church Hampstead in late March 2015, where he famously declared that he had spent three hours sitting with Ella Draper, and that due to his “20 years of experience” as a Detective Sergeant with Sussex police, he could affirm with “110% confidence” that she was telling the truth.

He didn’t explain how he’d managed to spend three hours with a woman who wasn’t actually in the UK; and oddly, Ella has never mentioned this conversation. That’s a strange oversight, considering that if Mr Savage really had been a police officer, he could have been a valuable character witness for Ella.

But never mind. Probably just slipped her mind. She was very busy at the time—police to evade, Abe to placate, children to ignore, hoaxes to perpetrate. You know how it is.

So there’s that. But even stranger than the fact that Ella didn’t drag Mr Savage into her case is that following the church demonstrations, he just quietly slipped away, and has not been heard from since.

So what happened? Why did the Hoaxtead pushers not hang onto this superficially sane-sounding man as though he were the last life-boat on the Titanic? After all, it’s not as though this crew has a surplus of normal-looking, well-spoken people who don’t froth at the mouth. Mr Savage, it seems to us, ought to have been a critical asset. And yet he is not.

We know that the Hoaxtead mob aren’t usually terribly picky about who they’ll accept as a friend—a quick scan down their roster of supporters reveals a motley crew of scammers, fraud artists, wannabes, and the genuinely mentally ill, who egg one another on in promoting the hoax.

It’s interesting that Mr Savage, who started off as such a promising player, especially by comparison with some of the rank and file, seems to have completely dropped off the roster. It’s really impossible to say at this stage whether he jumped or was pushed.

What do we know?

Some of our commenters kicked the subject of Mr Savage’s bona fides around a couple of days ago. In addition to his dowsing activities and his involvement with MMS (the so-called medical miracle which consists of ingesting a chemical very similar to pure bleach as a cure-all), Mr Savage seems to have been involved in various fringe political movements.

A couple of commenters suggested that Mr Savage might in fact be an actor, playing the role of ‘experienced ex-police officer’ for the cameras. Joe Kerr said, “What would be interesting is if a photo could be found with a ‘collar number’—the division number on the shoulder flash most Policemen wear. OR even one of him next to or in a Police car….. Ideally one we can see the number plate of”.

Issues of discrepancies in his uniform were discussed, along with the fact that none of us has ever been able to dig up any conclusive evidence in one direction or the other.

As we all know, not everything is available online, tempting though it might be to think so. Still, certain facts which Mr Savage has stated about himself just don’t add up.

Neelu Berry likes to bang on about non-existent and lying police officers.Perhaps she might like to take a closer look at Mr Savage, who seems a bit fuzzy on the details of his law enforcement career:

Here are some interesting numbers to consider:

So…unless the age requirements for police officers were extremely relaxed in the early 1960s, or Mr Savage has the world’s worst memory about important dates such as “when I retired” and “how old I am”, we’re left to conclude that he is not quite what he seems.

We really feel we ought to be more surprised about this. 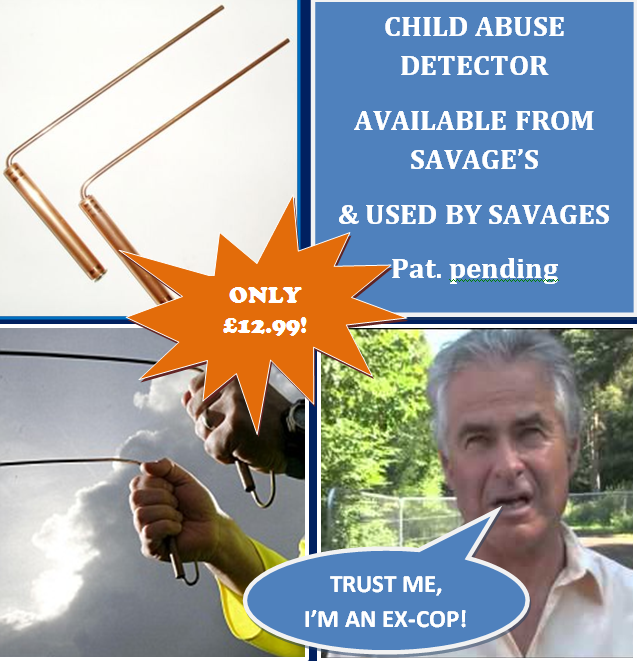 146 thoughts on “Was Ray Savage ever a police officer?”