Now that Rupert has finally screwed his courage to the sticking place and shown up in London, we thought our readers might be interested in another example of his bluster and threats, in a child welfare case that’s unrelated to Hoaxtead.

We’re all far too familiar with Rupert Quaintance’s threats to invade, disrupt, and attack innocent citizens in Hampstead, simply because he can’t be arsed to do half an hour’s research and determine for himself that the allegations against his proposed targets are a lot of horse piddle.

But did you know this isn’t the only situation he’s planning to rectify with good ol’ ‘Murrican know-how and a shitload o’ ammo?

The other day on his American Freedom Radio broadcast, Rupert talked to a Jewish Ukrainian pianist in London, whose 13-year-old son has been removed by Social Services. According to The Telegraph:

A Jewish Ukrainian concert pianist whose father survived the Holocaust has lost custody of his teenage son after police found the boy cowering under a piano in squalid conditions.

A court ruled that the 13-year-old boy must live with foster carers and his musician father has been told that he can only see the boy six times a year….

Lawyers said the man had “sought to involve the media” throughout the proceedings and had “no boundaries” as to what information he was prepared to put into the public domain.

They said the man had also approached children at his son’s school and had “protested” at the school on his son’s 13th birthday….

Mrs Justice Theis said the boy had first been removed from his father’s care in 2012. She said the youngster, then 10, had been found home alone after fire-fighters were called following a report of a fire.

Medway Council had started family court proceedings and a judge, who was told that the pianist had left the boy home alone more than once, concluded the youngster was at “risk of significant emotional and physical harm”.

But the boy had been returned to his father’s care in 2013 after the musician completed a “parenting course”.

Officers said the pianist had called an ambulance saying that the youngster was “violent” and “smashing up the house”. The judge said police had “reported unsuitable home conditions”.

In April, police had been called again after the pianist said the youngster had “trashed the house with a hammer” and fired air gun pellets at him.

“When the police arrived, (the boy) was noted to be hiding under a piano and was emotional when the police spoke to him,” said Mrs Justice Theis.

There’s more to the story, which you can find at the above link, but basically the child was removed due to a combination of neglect and the father’s inability to be a proper parent to his son.

Rupert could have found the story too, had he been inclined to do so. But he wasn’t. Too much like work, don’t you know. Instead, he accepted the father’s version of events unquestioningly, and immediately began planning a violent response on the father’s behalf.

Rupert’s super-awesome analysis of the situation

Here’s Rupert’s brilliant theory about why the child was removed from the home. It’s all about the father’s accent, obviously:

As usual, Rupert jumps straight to a criminal solution:

Rupert: “I’m gonna work on a Plan B for this thing. There’s gotta be a way that erm…they’re physically holding him from you. Why can’t we just physically take him back? All this passive crap….

“I tell you, V: …I got a couple of people I’m gonna talk to and see if we can’t come up with something. You do your best to find out where that kid is….”

Is that a kidnap threat we hear? Certainly sounds like one to us.

When in doubt, burn it down

Rupert expresses his rage at the authorities:

“They deserve to have their place burnt down.”

And he winds up with an ode to guns as a practical way to keep the authorities from removing children from their abusive and/or neglectful parents:

“I don’t [see?] some parents I know letting you walk off with the kids. My brother would kill you. He would straight up kill you. He’s strapped all the time. He’s got a gun in the headrest, he’s got one in the drawer, on his side, on his person. His wife’s strapped, my mom’s strapped, everybody’s strapped. Come near the kids. You like lead? That’s one thing I like about America is the gun thing….”

Guns might be something Rupert enjoys about his home country, but as far as we’re concerned he can keep them. His John Wayne act probably plays better in Peoria in any case.

And we certainly hope he’s not planning to add a side of kidnapping, arson, and murder to his stated plan to kick down doors, rape children, and attack innocent adults in Hampstead. 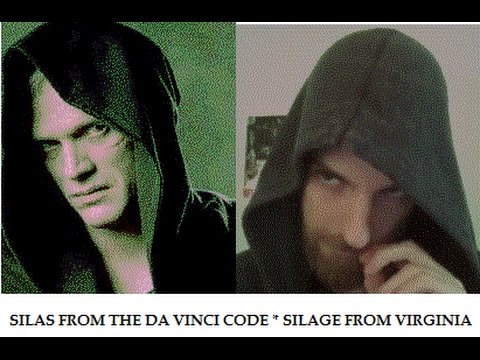 115 thoughts on “Rupert advocates kidnap, arson, bullets to help father get son back”