Here’s a fascinating fact: stoned people are far more interesting to themselves than they are to pretty much anyone else in the known universe. They can drone on and on, amusing themselves to no end, while putting the rest of us to sleep.

That’s actually a fairly accurate summary of Rupert’s latest: he’s still in Amsterdam, where—you’ll never guess!—it stays light until late in the evening, and gets light early in the morning!

Seriously, he spends the first 15 minutes of this American Freedom Radio transmission waxing poetic (not really) about how late the sun goes down in northern Europe.

Oh, and he goes into some detail about the astounding fact that one does not get arrested for smoking dope in Amsterdam. Wow.

He manages to rally his thoughts at one point to mention that he’s planning to come to the UK…erm…at some point. To, you know, fight paedophiles. And stop old people from doing bad things to kids’ bums. Or something.

(He does conveniently forget his own expressed wish to try having sex with a child some time just to find out what all the fuss is about, but perhaps his memory is better when he’s not…what were we saying? Oh right. ***pfffffffff*** A little bit…you know, stoned.)

At about 19 minutes, he admits to some nervousness about the next leg of his journey. He says he’s about to get on a plane to fly off to an ‘undisclosed location’ (Angie’s place) for a ‘long briefing’ (oh, is that what they call it now?), where he’ll create a ‘visual representation of some of the things that he’s been hip to’.

Yes, he actually said that. Apparently marijuana does not cure pretentiousness.

He complains that he’s been trolled, mocked, derided, and generally just not treated at all nicely by the bad, bad people of Hampstead, and it hurts his feelings that people are being told to call the cops if they see him doing anything he shouldn’t. But will he let that stop him?

Wait, what was he saying?

Frankly, he’s put off the UK leg of his trip so often now that we’re not even going to bother to try predicting when, or even if, he’ll show up. If he wants to waste time trying to get non-existent cult members to ‘squeal’ about a fantasy that exists only in the alleged minds of the Hoaxtead pushers, let him fill his boots.

He does allow that he’s a little annoyed and possibly just a bit nervous about all the attention we’ve given him, but then he drifts back into more rambling about marijuana and how it should be legalised. He throws in a bunch of wibble about gun culture and how Europeans just don’t understand Americans’ need for hardware that kills other people, because…that’s just how it is, man.

And…um…yeah, so if everyone could just donate to his GoFundMe, that’d be great….

Honestly, if Rupert’s goal is to create the perfect soporific in audio form, we think he might have hit on the winning formula. And now, if you’ll excuse us, we’re off for a wee snooze.

Wake us when he’s done, would you? 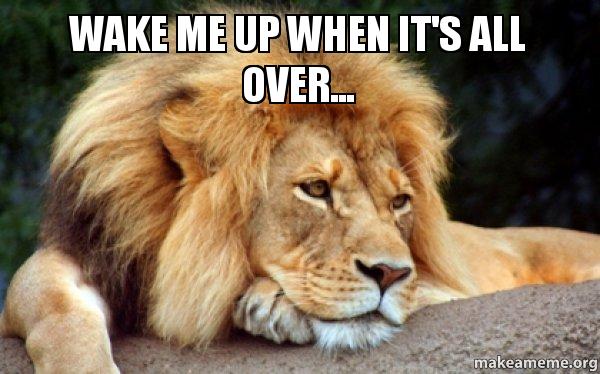