Over the past couple of weeks we’ve been discussing the report issued by the IPCC in response to complaints laid by Ella Draper and Abraham Christie concerning the investigation into allegations of a cult paedophile ring in Hampstead.

For the most part, the IPCC response to the investigation was to dismiss 19 out of the 21 complaints, much to Abe and Ella’s chagrin. However, 2 heads of complaint were upheld, and we think it’s important to understand what they were, and how they might have potentially affected the police investigation.

The fact is, the investigation was not flawless. While many of the points raised by Hoaxtead pushers in the year and a half have shown either a complete lack of understanding of proper police procedure or a deliberate distortion of the truth, in 2 instances the the IPCC agreed with Ella and Abe that the police could have done better.

Point 11: Mr Dearman was interviewed about 1 specific allegation but not the full allegations of satanic abuse.

In Ella’s first complaint to the IPCC, dated 15 May 2015, her solicitor writes:

25. It is certain from the above entry at paragraph 24 that Mr Dearman would only be questioned about one specific allegation of sexual abuse at Finchley swimming pool but there is no reasoning given for this strange ‘pick and choose allegations’ approach. Our client suggests that this is because the idea of having so many people in one go in the disabled toilets at the swimming pool abusing the children was perhaps unlikely given the size of the toilet (this is to not to say something did not allegedly happen). Therefore it is submitted that Mr Dearman was questioned about this only in order to make it look like some genuine action into the allegations was being taken when in actual fact noting [sic] effective was being done.

In other words, Ella believes that the police only questioned RD about the Finchley swimming pool allegations because it would be relatively easy for him to refute those claims, whilst ignoring the presumably more serious claims of group cult abuse.

First, let’s remember that RD came voluntarily to the police station for an interview on 15th September, having heard via social services that the police wished to contact him.

By that date, the police had already discovered very serious flaws in the children’s allegations, which cast doubt upon the entire case. On 11th September, the children had been taken into Police Protection. Abe and Ella’s story had begun to crumble under investigation.

Because there were serious doubts about the truth of the allegations, DS Fernandez decided to focus on one allegation alone—the easiest question for RD to answer.

Had the investigation gone differently, and the children’s allegations been borne out by evidence, it would have made sense to interview RD in stages, progressing from less serious to more serious allegations, with each stage building on evidence from the last.

DCI Fleming notes in the IPCC report that in light of the serious flaws in the initial allegations, followed by the children’s retractions, DS Fernandez took the correct action in not pursuing further interviews with RD. However, she states that this rationale should have been stated either in the crime report or in the decisions log page of CRIS.

In other words, this head of complaint was upheld because DS Fernandez should have either put all allegations to RD, or ensured that he ‘showed his work’ in the case paperwork.

Point 12: The evidence and specifically that from Dr Hoades [sic] should have triggered arrest and seizure of computers/phones etc.

Ella and Abe and their gang of Hoaxtead pushers have long relied on Dr Hodes’ findings to justify their howling for RD’s head on a platter. However, the IPCC report reveals that Dr Hodes’ full written report was not made available to police until January 2015—4 months after she examined the children (twice).

As DCI Fleming points out,

DS Fernandez contacted EDT (Social Services out of hours) to obtain the outcome from the first CP medical on the 12th Sept. EDT could not assist as there was no update on the children’s files. He spoke to a Social worker involved in the case who provided a verbal report and he was informed that the medical was inconclusive in that the injury was not consistent with sexual assault. She did provide potential medical reasons for the injuries. Dr Hoades [sic] written report was not received by police until 8th January 2015. Later that day he liaised directly with Dr Hoades who reported the following:

Dr Hoades conducted a second CP medical with an opportunity to photograph injuries—completed on 16th September 2014. The photographs were not passed to Police.

So as far as the police were aware at the time they interviewed RD on 15th September, the medical evidence was inconclusive. At the same time, concerns were growing that the children’s allegations were not being borne out by evidence:

As well, the inconsistencies between the children’s stories, as well as the extreme nature of the allegations, all combined to cast doubts on the validity of the case.

DI Cannon defended the choice to interview RD under caution rather than under arrest due to the above factors, as well as the fact that RD voluntarily came to the police station to be interviewed. As well, he was clear and open in his responses, and offered to surrender his laptop for examination.

However, DCI Fleming states in the IPCC report that police best practices dictate that the computer should have been seized:

In the end, RD’s computer turned out to have had no real bearing on the case, but had things gone differently, it could have been an important piece of evidence.

Ultimately, Points 11 and 12 were upheld, but neither were vital to the investigation in the end. Point 11 was a matter of adhering to proper reporting practices, while Point 12 involved seizure of a computer ‘just in case’.

Hardly the smoking gun(s) that the Hoaxtead pushers so desperately wanted the IPCC report to reveal. 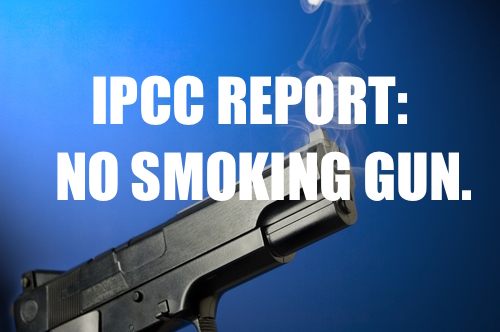 30 thoughts on “IPCC Report: What DID police do wrong?”