A few of our team members were down the pub the other day, and the conversation turned to conspiraloons we’ve known.

One person described his neighbour, a firm ‘chemtrails’ devotee who is convinced the PTB (powers that be, to you non-conspiranoids out there) are spraying us with hideous chemicals via the contrails of frozen water vapour that jets leave behind. In fact, the neighbour is such a passionate chemtrails fanatic that he will often spend hours in his front garden with his camera, snapping ‘evidence’ as planes from the nearest airport pass by.

Our team member, a sensible chap, asked his neighbour why, if the chemtrails were so toxic, he was standing in the garden exposing himself to deadly poison for hours at a time. The neighbour has been decidedly chilly with him since that conversation.

In the Hoaxtead context, we note that many hoax pushers seem very concerned about the possibility that the PTB are interfering with their computers from afar. In a comment on one of Sabine’s blog posts, truth1 moans about WordPress having deleted one of his pearls of wisdom as he was trying to post:

Before I go any further, I want to stress how much the internet is being harassed and tampered with by secretive forces who seek to suppress good thought and manipulate the net….I, in particular, have found the net to be a challenge. The fail post before this said something about a secure socket no there or some crap [sic]….

We need to look at ourselves but we can not ignore the trends in the world and what is going on. and it does not seem to be accidental or random. It is thought out, contemplated, planned and executed. And it is evil…..

Some BS is going on its all over the net. Facebook, youtube, search engines, and now wordpress too. [sic]

All of which raises the question: if the Powers that Be are somehow jiggering with this person’s activities on the internet, why does he keep posting?

Would it not make more sense to use less easily manipulated media, such as carrier pigeon or telegraph, to convey his very important messages?

Here’s another gem, this time from our favourite charity scammer, Angela Fag-Ash Disney:

Again: if GCHQ were really ‘watching’ Angie, would her telling them, “Don’t even THINK about it” really deter them?

More to the point, if Angie honestly believes that she’s being ‘watched’, why does she continually splash the most personal details of her life all over the internet? She’s got an open Facebook page, she’s a prolific YouTuber, she cannot seem to shut up. How does this jibe with believing that she’s being watched, by GCHQ or anyone else?

Let’s face it. These people claim to believe that a child-raping, baby-murdering, cannibalistic cult is on the loose. In their minds, this cult has infiltrated the highest levels of government; it’s secretly in charge of the police and other security services; it is desperate to remain hidden, and is presumably willing to do anything to stay out of sight—including murder, we expect.

After all, according to the Hoaxtead pushers, the alleged cult doesn’t balk at killing and eating infants. By that logic, killing adults really shouldn’t be much of a stretch.

So does it really make sense for these true believers in the cult to be discussing it openly in public forums online? If they truly believed that the cult were as powerful as they claim, we’d think they’d be petrified to speak about them, even in private. The walls have ears, you know.

Screaming about the alleged cult online seems the very height of foolishness…assuming the Hoaxteaders really believe their own stories.

Unless…unless they don’t, really. Unless they realise, deep down, that their stories of a child-raping baby-murdering cannibal cult is just what we’ve been saying it is: a load of tripe. 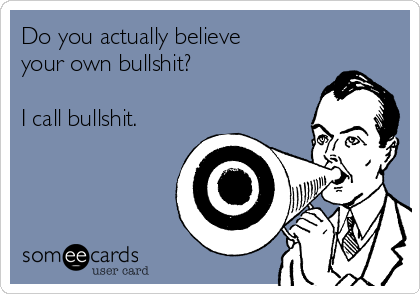