We’ve talked a great deal about Belinda McKenzie’s ‘Association of McKenzie Friends’ and how its malignant agenda seems to underpin much of the Hampstead hoax.

We’ve mentioned that Belinda, Sabine, and their fellow leeches prey on the desperate and vulnerable, and often twist their stories beyond all recognition to make them fit their campaigns—which usually have nothing to do with the ‘best interests of the child’, and everything to do with the ‘best interests of Belinda et al’. What we really haven’t addressed, though, is the context in which these desperate families fit, and what it is that tempts them to allow these dangerous people into their lives.

Several weeks ago, a member of our team ran across a story that illustrates the sorry state of child welfare in this country. We think it goes a long way toward explaining the fear, anger, and outright paranoia about ‘child-snatching’ that opens the door to people like Belinda, Sabine, Deborah Mahmoudieh, and their ilk.

‘Annie’, author of the Surviving Safeguarding blog, is a child abuse survivor who had her baby taken from her at birth. She was brave enough to share this story with journalist Louise Tickle of The Guardian.

It’s a painful story to read, and must have been even harder to tell, so kudos to Annie, and to Louise for writing it with such sensitivity.

In the late afternoon of Friday 12 July 2013, in the calm, modern maternity wing of North Tyneside general hospital, 16-year-old Peter Bertram made a video of his mother holding his newborn baby brother. Peter’s video, made on his mother’s phone, lasts just over five minutes. In it, Annie Bertram, 33, sits in a hospital chair cradling her sleeping six-day-old son, Huw. Her long, chestnut hair is pulled back in a band; she looks exhausted. “Mamma’s just back from court,” she says, in a soft geordie accent. “I tried really hard to keep you. My barrister wanted me to agree to them taking you away, but I said I would rather fight and lose, because then at least I’d know I’d fought.”

Annie strokes Huw’s tiny hand with one finger. “Please don’t ever think you didn’t mean the world to me. Because you did. And you do.” Tears roll down her cheeks. “And I so want you to have a good life and to be happy, and I can’t bear” – her voice breaks – “the thought of anybody hurting you.” Huge sobs shake her. The baby, eyes closed, sleeps on, his face turned peacefully towards his mother.

Earlier that day, Annie had left the hospital to attend Newcastle family court in a last, desperate effort to be allowed to keep her baby. Social workers at North Tyneside council had applied for an interim care order. If approved by a judge, this would mean social services could remove Annie’s baby and put him into foster care, pending a longer-term plan for his future. Huw was Annie’s fifth child; three of the others, aged seven, eight and 16, had been subject to care applications at various points in their lives. Rosie, four, spent periods with her father. In December 2012, as soon as social workers discovered Annie was pregnant, they told her they intended to remove the baby at birth. … 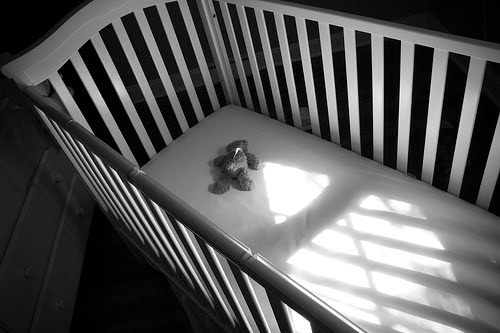