It’s been a busy week for Hoaxtead watchers, what with Sabine and Belinda’s surprise court win, and Neelu’s not-at-all-surprising court meltdown. So for a change of pace, we thought we’d have a look at Belinda’s latest group email, which she sent out to her friends (and more than a few non-friends, truth be told).

First, her version of how she and Sabine managed to squeak out of paying costs on the Melissa Laird case:

As some may already have heard, we/Association of McKenzie Friends won our case against the Home Office/Treasury Solicitor, having been let off the £2000 charge for so-called ‘wasted costs’ in respect of our persistent litigation on behalf of Melissa Laird in 2014. The question was left hanging in the air though, as to whether we might have been using our ‘client’ or protégé as a vehicle for our own campaigning? For which reason, probably, we were not permitted to claim the costs of the excellent Public Law & Costs barrister, Simon Butler whom we had engaged to fight our corner for us.

But as I told Simon, I had all along been fully prepared to pay his fee in the cause of defending our ‘brand’ and the continued right of lay legal advisers or ‘paralegals’ such as McKenzie Friends not to be arbitrarily or summarily (as it previously appeared to us) penalised for defending our ‘clients’/‘protégés’ interests to the best of our ability and within in the parameters of our traditional remit.

Thanks to our very competent barrister and a benign judge, the outcome of these proceedings represents a civilised and somehow reassuringly ‘British’ compromise, the concerns of all sides having been fully advertised as well as satisfactorily met:

a) a clear warning has been spelt out to McKenzie Friends not to try the patience of the court from henceforth;

b) all litigants or participants ‘by proxy’ in litigation, whether lay people or professionals must operate under the same constraints, this is not just about McKenzie Friends;

c) in this case, a clearer warning needed to have been delivered to us/McKenzie Friends in this case that we were ‘overstepping the mark’ and persuading us to desist; this not having been given when it could have been, we should not be made liable on this occasion;

d) but, this judicial warning having now been delivered to McKenzie Friends (and others), the court might be less clement in future.

We must confess that Belinda’s version of events actually makes a great deal more sense than Sabine’s (in which she suggested that her long and whiny email to the Home Secretary might have had an impact on the case…um, no. Nice try, though).

For those who’d like to compare and contrast, here’s how the Law Gazette viewed Sabine and Belinda’s narrow escape: ‘Campaigning’ McKenzie Friends Avoid £2,000 Cost Order

Belinda may be many things, but she’s no fool (unlike the vast majority of those with whom she surrounds herself). Judging by her email, she is well aware that her Association of McKenzie Friends has been sailing  too close to the wind, and it’s time to think about a course correction.

She cannot be unaware of Thursday’s proposed ban on fee-charging McKenzie friends, which would also impose new regulations involving things like confidentiality (i.e. not splatting confidential case material all over the internet…Sabine, we are looking at you) and malpractice insurance. We must admit to smirking a little at the thought of Belinda and Sabine attempting to purchase such a policy. Best of British luck to them on that front!

In any case, the combination of their own case’s judgement and the proposed new regulatory framework might have a dampening effect on Sabine and Belinda’s attempts to use desperate families as hobby-horses for their lunatic campaigns. (Look, we can dream!)

Fair enough, and I who am footing the bill (Sabine after a lifetime of good public works and having since her ‘exile’ last summer been deprived of her UK state pension and DLA is destitute!) feel very relieved that we have survived this tussle with the State not too greatly out of pocket (our kind barrister assured us his bill will be modest) as I have to pay off the rest of my mortgage this spring or lose my house!!

All in all, it feels like money well spent, to have achieved this particular outcome yesterday, and that the role of McKenzie Friends in the justice system has been simultaneously confirmed and clarified.

So we can fight on for victims and justice and above all for the children, forever our overriding concern until all of them are properly protected from all harm in UK and throughout this planet.

To all who expressed their support in so many kind messages and to those who joined us in court 64 RCJ yesterday, as I know many more would have done had you been able –THANK YOU! – your moral support is absolutely what counts in all these battles!

Then again, perhaps we’re being over-optimistic.

Having done her obligatory mea culpas, Belinda puts in a word for her and Sabine’s desperate financial straits (cry us a river), and then states her intention to “fight on for victims and justice and above all for the children, forever our overriding concern….”

Regular HR reader Satanic Views summed up our opinion quite succinctly with his comment:

“So we can fight on for victims and justice and above all for the children, forever our overriding concern….” It is statements like this that are seriously pissing me off about the witch-finder.

The example of an innocent father, RD, who they try to separate from his children, and totally destroy. The untold damage they have done to children P & Q by releasing personal information about them, and orchestrating the constant reproduction of video, names, medical reports, faces and images of those children. Their support of convicted paedophiles and child abusers, and their determination to return abused children to their abusers. There are many more examples.

Their dishonesty, hypocrisy and injustice inflicted upon innocent people, and their consistent rejection of a vast amount of evidence of the innocence of those they harass, accuse and intimidate, plus the adequate evidence they ignore undermining the Hampstead Satanic fantasy narrative pushes me beyond despair. For me, a Satanist, their painting a dishonest narrative against my religion against all my efforts to educate and inform them to the contrary is pushing my tolerance to its limit.

We agree, SV. The hypocrisy is stunning. We really cannot add anything further.

In Neelu’s hearing this morning at Blackfriars Crown Court, the judge decided not to deal with the Application to Dismiss the case on this occasion but to join her and Sabine’s cases together, they being more or less identical. So Sabine’s Plea and Case Management Hearing on 7 March has been transmuted into a Plea & Pre-Trial Hearing for both her and Neelu, to be heard + the Application to Dismiss on Friday 8 April, again at Blackfriars Crown Court. This gives more time to both parties to coordinate their defence and gather the evidence needed to disprove the CPS case, that they intended to intimidate the witnesses or that there was any kind of conspiracy between them to do so.

Have a great weekend and onwards we all go!

Hmm. Did Belinda miss all the excitement yesterday, then? The part where Neelu “waved a piece of paper at the judge and shouted that her case had been dismissed and that she did not have to go in the dock….(And then) denied having ever having seen her defence counsel before”?

Belinda’s version sounds so staid, so normal…we have to wonder whether she’s talking about the same case.

In any event, it looks like Sabine and Neelu’s proposed defence is pretty much what we expected: “We didn’t mean to intimidate the witnesses, we just wanted to put everyone’s names and witness statements online because…er…IT WAS IN THE PUBLIC INTEREST! LORD ASHTAR TOLD US TO!! THINK OF THE CHILDREN!!!” and so forth.

As for whether they conspired to do so, we will just point out that those witness statements did not post themselves.

Besides, as Sabine points out in her latest:

My third arrest, after midnight on Sunday 10.01.16 ended up in ‘charges’ of ‘witness intimidation‘: four of the six plaintiffs in Neelu’s case felt soo intimidated that they had to withdraw from their case.

You know, if we were Sabine, we wouldn’t persist in reiterating that we’d posted the witness statements.

Not if we wanted to get out of our next set of criminal charges, that is. 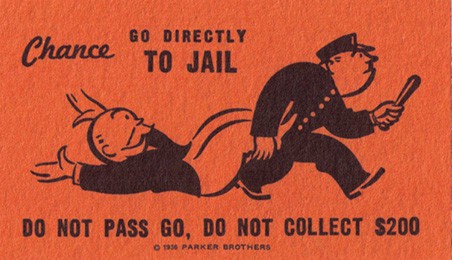