This just in from the Ham & High: apparently Neelu’s hearing this morning was even more exciting than we’d imagined!

A campaigner who claims police and prosecutors covered up satanic abuse in Hampstead shouted at a judge and claimed charges against her had been dropped.

Neelu Berry, 56, is said to have published witness statements online relating to allegations she harassed a vicar at Christ Church.

The claims of satanic abuse were originally made by two young children, who are now in foster care.

Ella Draper, mother of the two children, and her partner Abraham Christie tortured them into making the allegations which resulted in innocent people being named in online videos seen by millions.

Berry was accused of harassing the vicar by asking inappropriate questions and causing him distress during a protest in March last year.

She was charged with participating in riotous, violent or indecent behaviour under the Ecclesiastical Courts Jurisdiction Act 1860, but the case was thrown out when witnesses failed to show up.

It is now claimed some witnesses were intimidated after their statements were published online by Berry and Sabine McNeill.

Berry waved a piece of paper at the judge and shouted that her case had been dismissed and that she did not have to go in the dock.

She also denied having ever having seen her defence counsel before.

The case was adjourned after it emerged her co-defendant Sabine McNeill, who is believed to be the owner of the blog which published the witness lists, will appear before the court on March 7.

Both women will then appear together in court again on April 8. 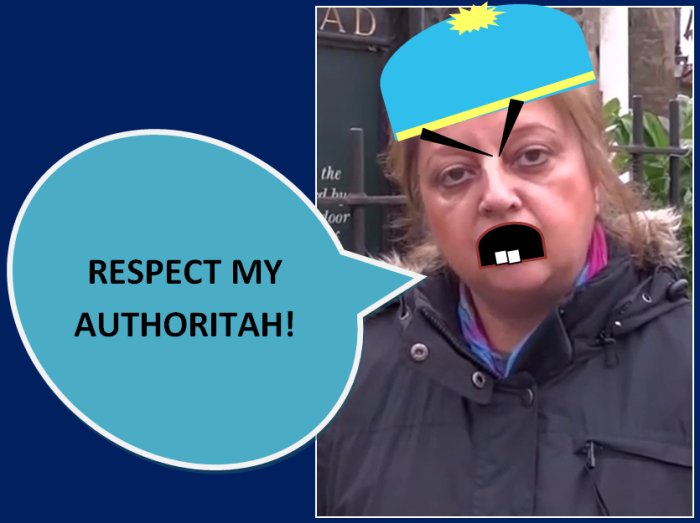