While we’re on the subject of court cases, here’s Neelu’s uniquely colourful take on her tangle with the justice system this past week.

Accompanied by her trusty selfie stick and her friend John Banks, Neelu offers her usual garbled interpretation of events:

Neelu is threatened with prison for non-attendance at a hearing she knows nothing about and for which she has not been served with any papers, in a story written by Paul Wright, Ham & High 24 September 2015. The double standards of the CPS means serious crimes against babies and children by public servants are routinely ignored (In the Blackfriars Crown Court, not Southwark Crown Court as wrongly stated). Ham & High on 24 September 2015 quoted HHJ Blacksell as saying that he would issue a warrant for Neelu’s arrest if she failed to attend on 02 December 2015, but when Judge was shown the article, he did not remember the case or the quote and would look into it.

Her explanation in the video isn’t exactly enlightening, either.

If we’re hearing her correctly, she says she went to drop her bundle off to Justice Peter Clark, but it turned out he was in another courtroom, so she gave the material to the court clerk, “and then I went to make sure I’m not going to get kidnapped for not appearing December 2”, a rather wise precaution given Neelu’s extraordinary history of ‘illegal kidnappings’ by ‘fake police’.

Apparently the naughty court clerk tried to tell Neelu that her listing had been changed to 8 January, but Neelu saw right through this clever ruse: “She tried to get me to contract with her, but I said no, it was meant to be on Friday!…They’ve issued fake papers, there’s no evidence against me….They’re carrying on as if I’m the criminal!”

Heaven forfend. After all, what’s a few charges of witness intimidation among friends?

The clerk then told Neelu to use the proper channels, and tried to fob her off on the police, but Neelu wasn’t having any.

“The police also rape babies, they kill them and eat them,” she declared, noting, “and we can’t have babies being cannibalised by public servants!”

Well, it’s hard to argue with that.

She then muses about the possibility of using Blackfriars Crown Court as the location for her freeman of the land fantasy grand juries, where everyone in authority will be put on trial for treason, and hanged if guilty, which they probably all are. Because they murder and eat babies, see above.

However, Neelu cautioned against wholesale slaughter: “We obviously can’t hang everybody,” she said. “It’s going to be a case of doing the guys at the top first, and then see who is behind them, who’s still backing them”.

Oh, well then. Carry on. 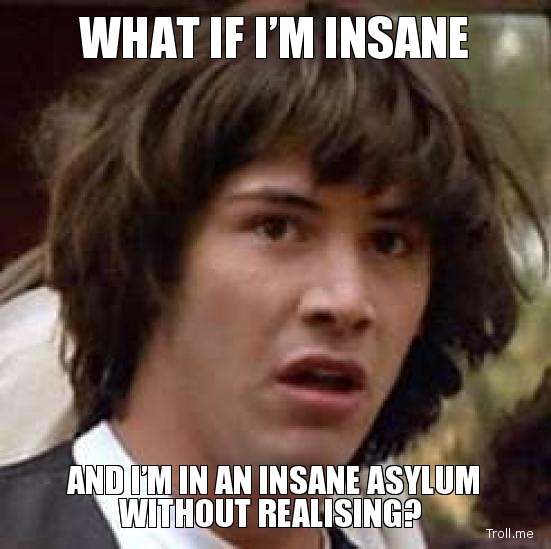