Well, today’s the big day: Sabine and Belinda are due in court, where they’ll face a stiff fine for excessive legal costs related to their bungling of the Melissa Laird case. And if Belinda’s not talking through her hat, it’s possible that the courts will ‘disenfranchise’ her ‘Association of McKenzie Friends’. Fingers crossed!

We’ll be watching in some anticipation, but meanwhile, we thought we’d treat you to Belinda’s latest ‘Knight Vision’ production, the final episode of the ‘Forced Adoption and CSA’ event that she and Sabine held at the Theatro Technis in early November.

Believe it or not, this one really is worth watching, for a few reasons:

You’ve seen him sitting all sad and lonely outside Christ Church every Sunday, rain or shine…you’ve watched him tagging along behind Belinda, waiting for her to buy him his McDonald’s burger for being a good boy and attending her events…and now, finally, we can reveal his name (or at least, Belinda and Sabine can do it for us):

According to Deborah, there’s “no such thing as normal sexual abuse—it’s all Satanic, really”. She goes on, “It’s infecting every nation. Look at the support of Israel and what Israel’s doing….I’ve got nothing against Jewish people, but….”

Pardon? How did she get from satanic sexual abuse to trying to convince us (unsuccessfully, we might add) that she’s not a flaming anti-Semite?

Kellie Cottam gives Sabine, Belinda, and Maggie a piece of her mind!

In the first video in this series, we noted that Kellie Cottam, a former follower of the Belinda Method for Losing Your Children to Social Services, had laid into the unholy trinity (Belinda McKenzie, Sabine McNeill, and Maggie Tuttle), telling them to learn the damn law before they started advising others.

This time, she takes it several steps further:

She describes being a mother of two who was in danger of losing her children to social services.

“I was in a situation where I didn’t know what to do”, she said, noting that while she’s “sympathetic with the cause of satanic abuse and all that, as  a mother, it puts you a state of fear, and it’s fear-mongering”.

Kellie emphasised that she “would not have lost my children if I hadn’t got caught up in much of the stuff going on….I got disengaged from the services, and the moment I did that, it was game over….If I’d put more effort into learning the law…I would have saved my children.”

Now, she says, she tries to help parents who are in the situation she was in. As a first step, she says, she removes them from the fear-mongering paedophile networks.

Kellie said she “met the likes of Belinda, Maggie Tuttle, and Sabine. I held on out of desperation to these people, that they would open a door to mothers like us, and all it has done is lost me my children“.

As for the question of family courts ‘operating in secrecy’—a favourite bugaboo of Belinda and Sabine—Kellie noted, “We don’t want open courts. It’s a time for private life—putting things out there and fear-mongering the public is not the answer”.

While she agrees that the current system is flawed, she said the best thing a parent can do is work with social services; “they are there to protect children”.

Kellie seems to have come a long way since last summer, when she was filmed outside the Royal Courts of Justice ranting about ‘satanic abuse’ and slagging the families, teachers, and clergy of Hampstead. We cannot even begin to imagine the chagrin felt by Belinda, Sabine, and Maggie as Kellie advised their followers to ignore almost everything they stand for.

Kellie, take a bow. You completely stole the show. 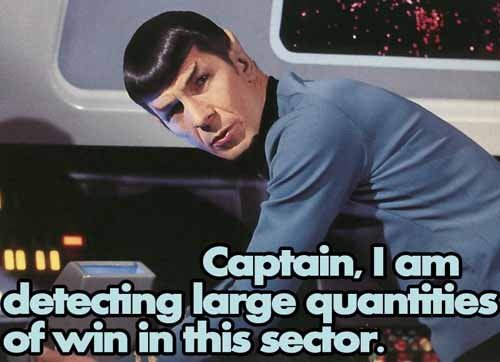