Here’s a good example of why you shouldn’t attempt to run a criminal scam whilst also over-indulging in the ganja.

Dear Abe: If you’re going to pretend to be Ricky, could you at least try to remember which account you’re using? Tx.

If this were really Mr Dearman, would he be so keen to incriminate himself? And why the mention of ‘NEMESIS GREEN’? Yep, this is definitely Abe. If nothing else, his obsession with ‘sodomites’ gives him away.

Makes you wonder, though, what Charlotte Ward and Jacco de Boer, Filmmakers Extraordinaire, were smoking when they put 2+2 together and got 893: 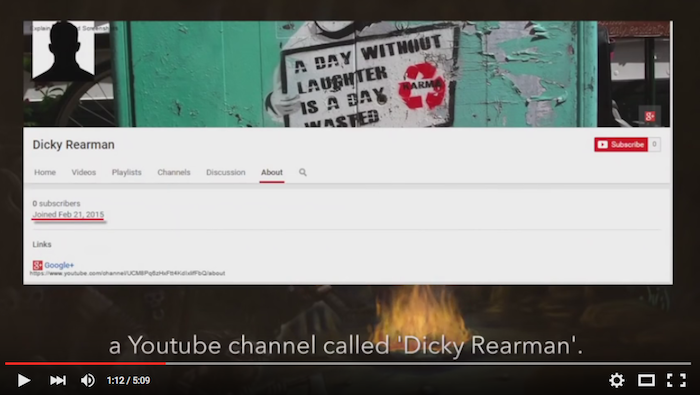 A still from the video ‘The Defenders of the Cult, Part 2’.

In this video, they’re trying to make out that Ricky Dearman is somehow masterminding almost all the accounts on YouTube and Google+. They accuse him of being pretty much everyone, from Santa Claus to the Pope.

Conveniently, in that self-same video, they nabbed ‘Dicky Rearman’ (who we now know is Abraham Christie) salivating over some questionable images of children:

Nice one, Jacco and Charlotte. Well done—and thanks for the rather convincing evidence that Abe really is a connoisseur of child pornography, as we’ve pointed out here before.

However, none of this stops Angela Power-Tool-Disney from thinking she’s got a live one on the line! Watch here, as she talks to ‘Dicky Rearman’…thinking he’s really ‘Ricky Dearman’!

Angie, dear, please get your head out of your ass. You’re only embarrassing yourself, and we’ve told you, that party trick is no longer funny.

Ah well, another day, another bunch of performing monkeys trying to pull off a clever plan to ‘prove’ that the world is run by ‘Satanic cults’. 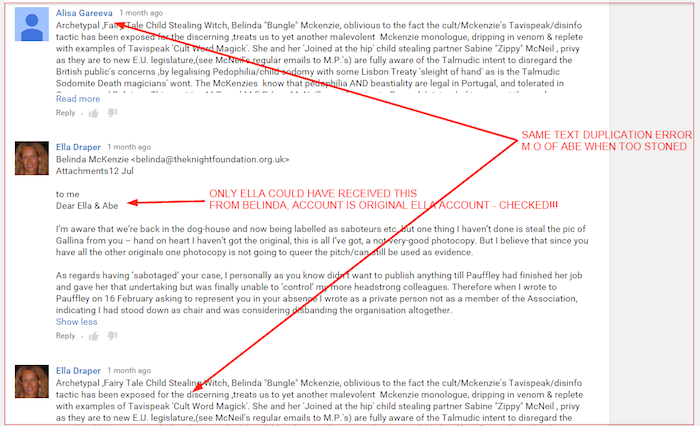 Thanks, Mark! We rely on sharp-eyed people like you. Keep ’em coming!

36 thoughts on “Abe’s many socks, and his love of commercial child sex abuse images”