Thanks to Dani for sending us this.

We don’t normally go in for such paranoid clichés as ‘shill’ here at HR (we usually leave those to the Hoaxtead fruitcake brigade). But in this instance, unless my eyes deceive me, Tracey ‘Blabbergob’ Morris appears to be hinting that she is one: 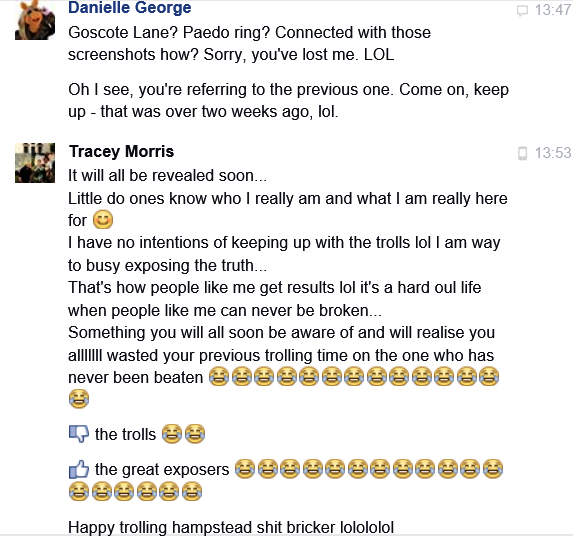 So who is Tracey Morris, then? MI5? Special Branch? IRA? Mossad? Lizard Command? To be honest, I think she’s just an undercover moron. Which is a bit of a problem, as she appears to have blown that cover long ago.

As for Tracey’s question – “What injunction?” – we’re happy to answer that for her: this injunction… 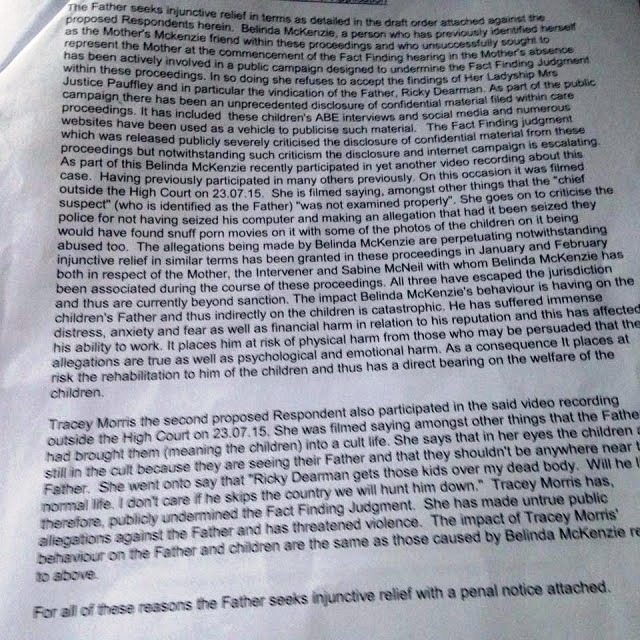 By the way, Dani informs us that she was rather amused by Tracey calling her a “shit-bricker” then immediately blocking her. We do appreciate irony here at HR. Incidentally, do you think that perhaps Tracey meant ‘brick-shitter? XD 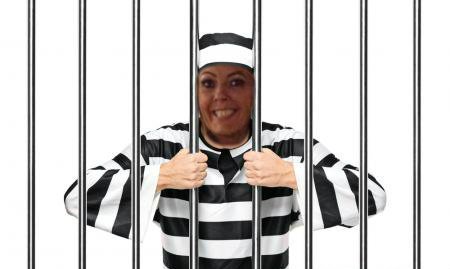 18 thoughts on “Is Tracey Morris a shill?”