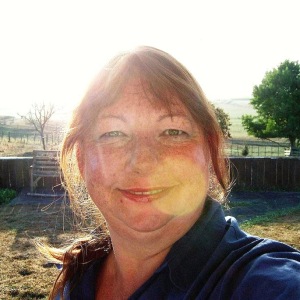 Sometimes we focus so much on the core twunts that it’s easy to forget the slimy little cowards who lurk in the shadows and stir up hatred by spreading their poison from their hideouts, often on the other side of the World. New Zealand based psycho troll Bronwyn Llewellyn is a classic example. Here are her latest bile-filled illegal ramblings: 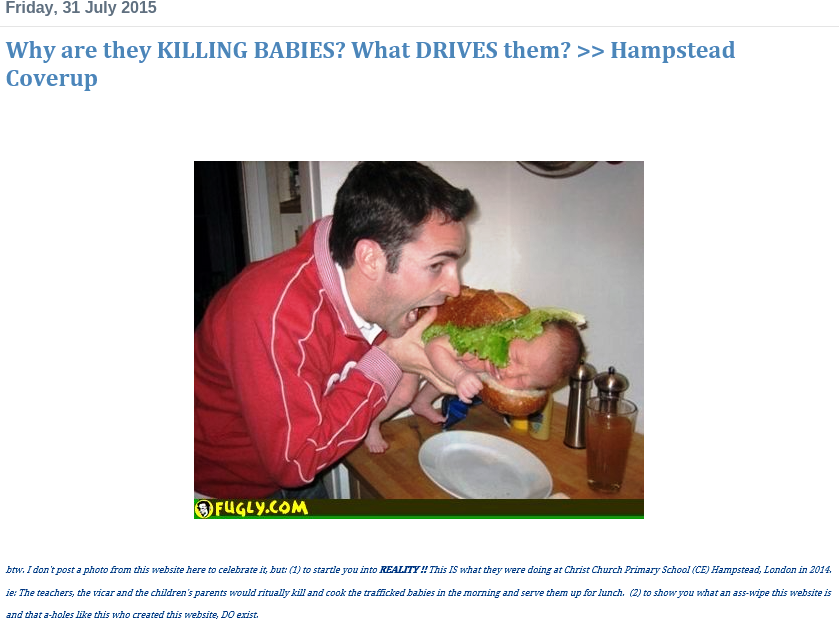 “I don’t post a photo from this website here to celebrate it, but to startle you into REALITY !! This IS what they were doing at Christ Church Primary School (CE) Hampstead, London in 2014. ie: The teachers, the vicar and the children’s parents would ritually kill and cook the trafficked babies in the morning and serve them up for lunch. “

And that’s just the tip of the iceberg with ol’ Bronny. You may recall this chubby-chopped piggy-eyed loon from her promises to go come to Hampstead and start shooting innocent people: 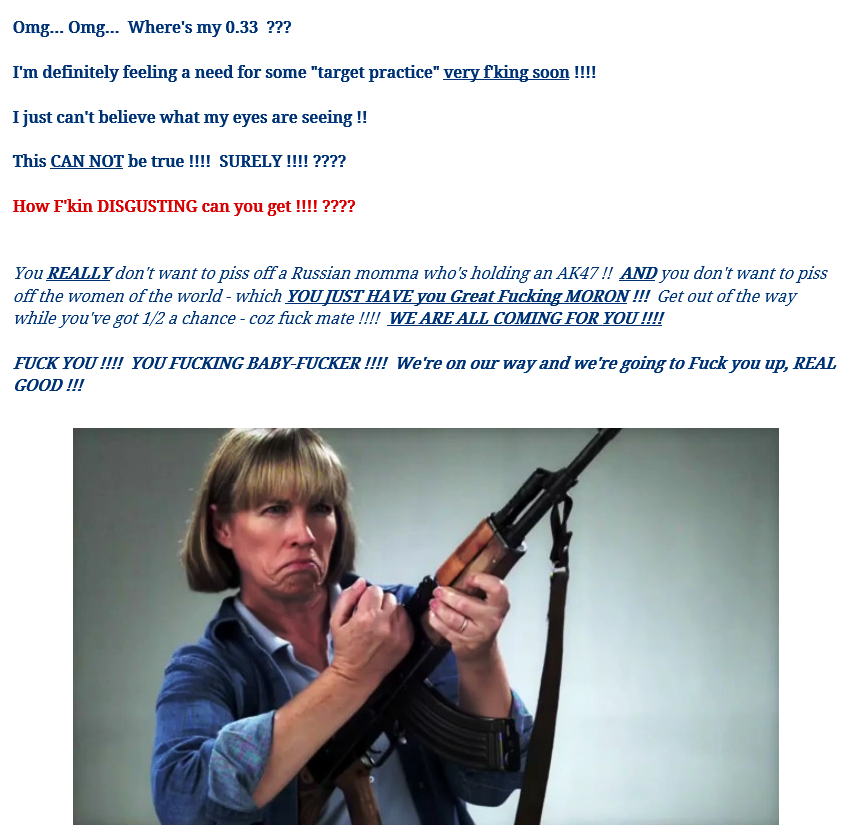 So why the reminder about Barmy Bronwyn now? Four reasons…

1. Because surprise surprise, Hoaxtead hypocrite Charlotte “Jacqui Farmer” Ward is still promoting this gun-wielding nutjob on her disgraceful Hampstead Research blog (which she categorically stated would be closing down on 31st July and which is currently under investigation by both Web Sheriff and the Police):

2. Because Hoaxteaders repeatedly deny that they issue death threats.

3. To counter-balance Belinda McKenzie’s interminable whining about the death threats she’s allegedly received from us (which, incidentally, she categorically has not).

4. To point out that living in New Zealand does not provide a criminal with immunity from the law, any more than living in, say, Suriname, Holland or Iceland would. So please keep reporting those illegal websites and the Hoaxtead trolls’ disgusting slander, bullying and death threats. 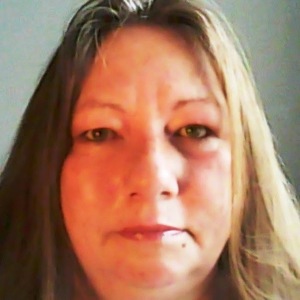 In Bronwyn’s case, her site is powered by Blogger and can be reported here: